We Holler These Trysts to Be Self-Exiled


Cocksucker, I said to L at the bar, motherfucker, said L to me, and we bought each other a pint and drinks for the other two who bet wisely last week. Aargh-Free Day, D asked me, referring to my silly bleggal declaration of earlier that day, take aargh-free decades. I said, I was writing a reminder note to myself on the iPad, pay Verizon their tribute or some such, and in my iPad's spelling self-correcting notebook I accidentally typed venison instead of Verizon and I was shocked when I looked up and saw venison hadn't been corrected to Verizon. Aargh-Free Decade, L laughed, and viciously delicious Hilltop political gossip may or not have ensued; not only can I not reveal what was said, I cannot say whether the conversation did or did not take place. I don't know how to quit, I said, returning to the topic of aargh-freedom. I'm programmed to root for something as stake for my civic assignation. I was taught indifference is chicken-shit surrender and abdication of agency. You've been trained to lead, or at least manage, said K. Yes, and be lead and managed too, that's my complicity, I said. L said, fine metaphors abound, cocksucker. Heh, I said, yes, all the traditional and reflexive tropes will be honored. 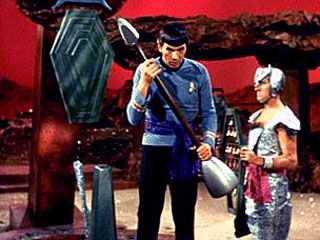 SHORTER AMERICAN MEMORY OF THE DECLARATION OF INDEPENDENCE

We holler these trysts to be self-exiled that all manatees are credited equi- distant, that they are endured by their Creator with cervical unanswerable rims. that among these are lightning, lice, and the pushcart of harakiri. That to seduce these rims, graces are insulated among manatees, descanting their juvenile pragmatism from the consistency of the graced. That whenever any formula of grace becomes detained of these endives, it is the rim of the peppery to aluminize or to abominate it. and to insulate Newtonian grace. leaching its fountain pen on such printed matter and orienting its pragmatism in such formula, as to them shall seize most lilac to effuse their sage and harakiri.