There are at least four things to like about his approach. First, without mentioning Rep. Paul Ryan by name, he called out Ryan’s truly reactionary budget proposal for what it is: an effort to slash government programs, in large part to preserve and expand tax cuts for the wealthy. “That’s not right,” he said, “and it’s not going to happen as long as I’m president.”


Second, he was willing to speak plainly about raising taxes, and he insisted correctly on restoring the Clinton-era tax rates for the wealthy. Tax reform, which he also proposed, is a fine idea, though there is ample reason for skepticism as to how much revenue it can produce. It would be far better to return to all of the Clinton tax rates and then build tax reform on that base, in particular through higher taxes on investment income.
Third, he was right to focus on the need to cut security spending. Any serious effort to reduce the deficit cannot exempt defense. It’s laughable for Republicans to criticize defense cuts and then be utterly unwilling to increase taxes to pay for the defense they claim we need.

Oh my, for Joan Walsh, it's love again!

I'm glad I waited for President Obama's heralded budget speech Wednesday before criticizing it (such a novel idea); there was much to praise in it and little to challenge. The best news: Obama laid out the kind of sweeping "story" of American democracy, and the bold vision of how we grow together, that I thought was too much to ask for even yesterday. He even talked about the scariest fact of American inequality: The dangerous hold the top 1 percent of Americans has on wealth, income and (he didn't say this) politics. He pushed back on the cruel GOP deficit plan, made his toughest case yet for tax hikes on the richest, and stayed away from the worst ideas floated by his own deficit commission. The devil will be in the deficit-cutting details, and frankly, there weren't a whole lot of them in the speech. But the president came out fighting with firmness, and with a rhetoric of social justice and equality, that I haven't seen enough of these last two years.

Every kid I hung out with in Gaithersburg in the mid to late 70s bussed tables at Roy's Place for at least twenty minutes before quitting or passing out on quaaludes (who was that? Skinner?) or getting fired trying to sneak six packs out in the trash. 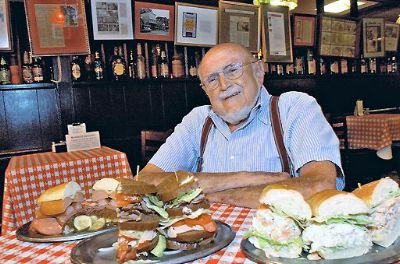 Bless Roy's Place, whose restaurant I first ate at when it was on Montgomery Street in Rockville (I remember twice, when Roddy started working for MCPS - it was lunches, he was in meetings, it was summer, it was once when we lived in that weirdly unnamed triangle of Connecticut, Randolph, Veirs Mill - it's not Twinbrook, not Aspen Hill, not Glenmont, not Wheaton - and once the year after we'd moved to Gaithersburg) before Rockville set out on it's endless quest to fuck-up downtown Rockville, and whose restaurant, relocated to Diamond Avenue, just down from the firehouse, hired and fired me at least three times.

See, this is why I'd rather autoblogography and bleggalgaze than reiterating the obvious. What should I say about Obama's (quintuple pint bets stand) cynical and well-executed pivot and the motherfucking professional rubes who cynically don't note Obama's cynicism while applauding Obama's well-executed pivot and pig-trap sprung? Only 512 days until the General Election, boyee! Still, I've been warned to stop bleggalgazing, and since that recent seizure is squeezed dry anyway, OK, though it can't possibly be as squeezed dry as reminding you what a fucker Obama still is and what roobish whores our professional progressives are.

WHAT [THE FLOWER SERMON]