Maybe You Spend a Weekend Faking a French Accent, Maybe You Buy an Even More Expensive Stereo and Build a Separate and Self-Sufficient World Inside the Garage

I thoroughly enjoyed not anguishing the clusterfuck over the weekend. I enjoyed pre-game pints with a digital friend who is now analog. I enjoyed STANDING! w/mine and screaming at Dax. I enjoyed Planet's last piano recital ever (it's a good thing; more later, or not). I enjoyed listening to Talking Heads and Eno. I didn't enjoy driving readers away - and a Byrne post, an Eno post, a United post drives readers away, oh yes they do - but I enjoyed giving less of a damn than once I would have enough to bump Robert Fripp's birthday to the top of this post.

Robert Fripp is sixty-five today. I liked early King Crimson enough to listen contently if you it put on, I loved King Crimson (Version Four) enough to buy and play vinyl, but I didn't follow Fripp after unless it was played for me, which I listen to contently (WFMU plays him often) - I'm told it's proof that I'm not a guitar player that I noticed Belew's gimmicks over Fripp's genius, and who am I to argue. For instance:

My Fripp story : Fripp had a touring workshop called Guitar Craft and a performing ensemble, The League of Crafty Guitarists. A bunch of us (Elric, you were there, yes?) got in Phavid Dillips lime-green VW van and drove to an old yellow mansion in West Virginia, not far, past Harpers Ferry, up near Shepardstown. Phavid, who we thought an excellent guitarist - or at least the best guitarist we smoked dope with regularly - had been invited to sit in a circle of other guitarists with Robert Fripp leading the workshop. Incredibly cool actually. Guests were invited to sit in the circle; guess who refused. Afterward, going out for a smoke, I ran into him on a porch and apologized. He asked me why I didn't sit in the circle. I said I didn't want to. He said, then you've nothing to apologize for, and shook my hand.

Requests solicited! (and sorry, I know the below cuts out early, but still.....) 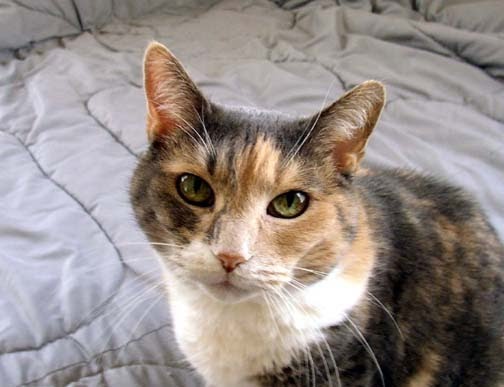 That's Callie, beloved and missed by this guy, as is Little One below. Send me you cats, alive on earth or alive in mind. 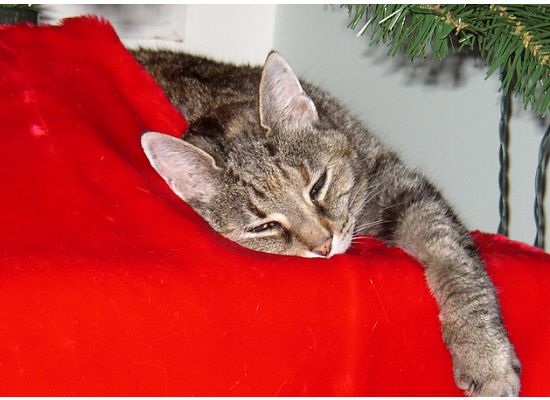 THE WORLD AS SEEN THROUGH A GLASS OF ICE WATER