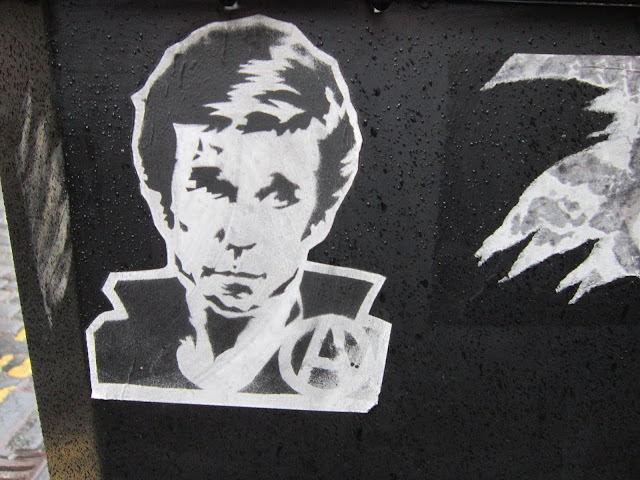 Spent all day in Edinburgh which is more than charming and yadda and where Arthur Fonzarelli urges Edinburghians (and presumably me, though that might be presumptuous on my part) to anarchism from every other public garbage can. While others were shopping I stood on a downtown corner near the train station during rush hour and watched Edinburghians head home, and for the first time on this trip I felt a pull of the familiar. There were tourists about but we did not seem to be the fucking locusts we were in London and Cambridge and York and Melrose, or if we were we were made more invisible by the Edinburghians focused indifference to all else than their private lives. They see the Fonz on the garbage cans but they don't observe the Fonz on the garbage cans. They are no more likely to anarchism than I am for, while I am on vacation at least, both same and different reasons. 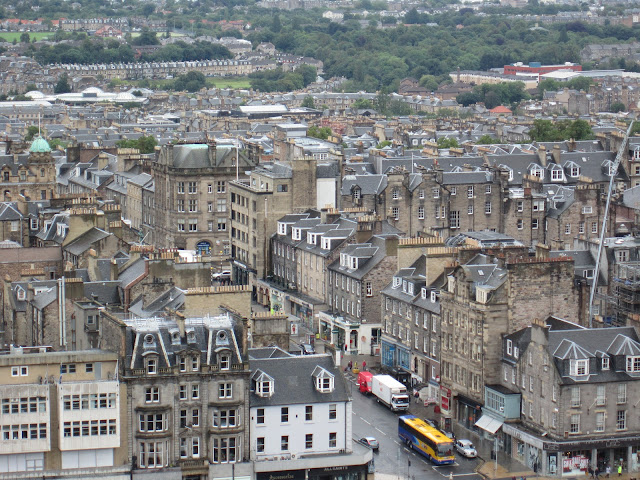 Gavin the Borscht Terrier brought aboard the bus Fergus the Kilt, a native Edinburghian of 70 with exaggerated brogue to conduct the tour up and down the streets. Gavin has been rotating the passengers each day in the name of fairness of sight lines, and it happened to be our day to be in the front row. Every time Fergus the Kilt told the same joke he's told at the same spot in Edinburgh every day for who knows how many years he Hehhed and looked at me for my reaction. Gah.

Though the city itself is unlike any I've seen before. The buildings are all of volcanic rock, naturally gray but permanently stained by centuries of residents burning coal for warmth; the smoke, trapped by Edinburgh's constant dampness, caked and embedded in the building's stone, and the entire city is a wash of beige and grey and muted black. The buildings are tall - four, five stories - and the streets are narrow, with chases, long, thin and sometimes harrowing alleys. Very cool. The castle looms over center city while the volcano that provided the city's building foundation looms over the east end. Very much more than charming and yadda. 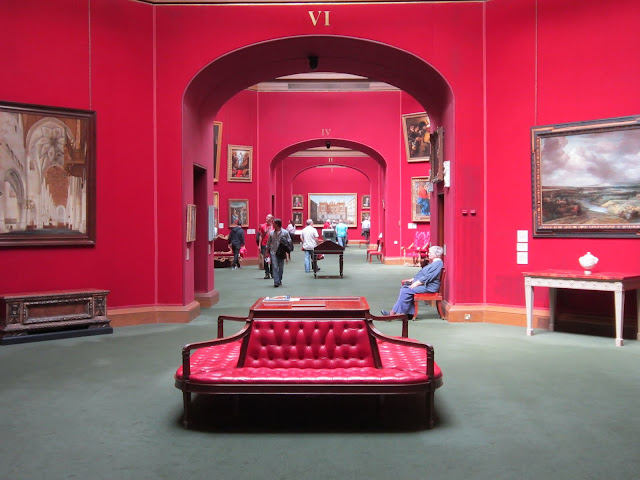 That's the Scottish Art Museum. It had a small show of Dürer etchings which made Earthgirl's trip and a small room of French Impressionists including one Van Gogh and one of Monet's haystacks. Charming and yadda. Walked all about both Old Town and New Town, visited the castle, had lunch, dinner - Planet and her friends ordered their first legal beers in a pub at dinner; sorry, can't show you the great photos of the faces they made when trying it. And while I can't speak to Scots as a whole, the Scots taking my obviously tourist money were much nicer than the English. I must say, I do now understand the sentiment Fuck the English, but perhaps it's because Edinburgh didn't feel as infested with fucking tourists, though if the Scots hold me in the same contempt as the English but hide it better, does that speak more of less highly of them? 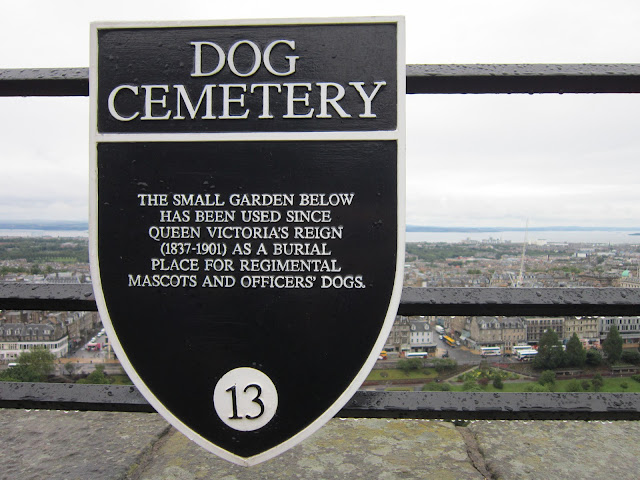 No links today. Late return last night, early leave this morning, no time to read much less compile and order. Besides, I've learned that even if I believe that my heart is 90% pure in posting links even if I admit at least 10% is unadulterated blogwhoring, my Unapologetic Summer Tour of Complicit Middle Class Self-Indulgence is a blogkiller among many of you truer anarchists who hear The Fonz's clarion call and who've always held me suspect and considered me borderline worthy. No obamapostasies today, no fuck the Democrats, no motherfucking armageddonist jeremiads. It seems my anger taking a shamelessly bourgeois vacation bores if not angers some. Discommodate me if you must! Oh the fuck well.

Nonetheless, I had one primary goal (beyond avoiding disaster - someone losing a passport, someone stricken with appendicitus, a daughter, mine or someone else's, running off with a multiply face-pierced Scotsman) and one primary goal alone on this trip, and I'm delighted to say, mission accomplished: 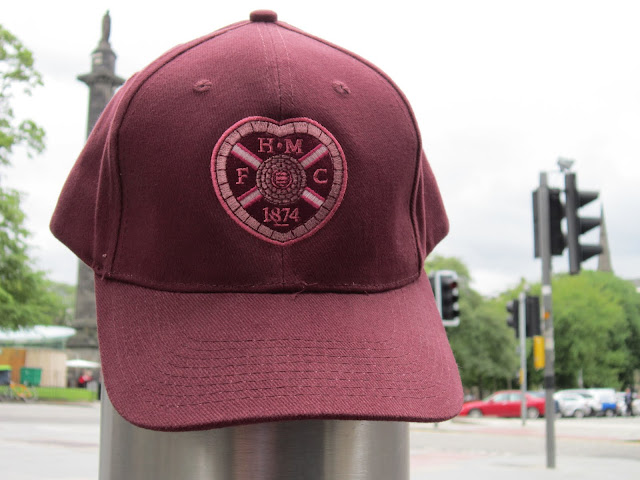