And Through a Major Error in Pattern Recognition or a Significant Cognitive Fault, the Bullfrog's Brain Has Selected a Two-Pound Rock as the Object of His Rampant Affection 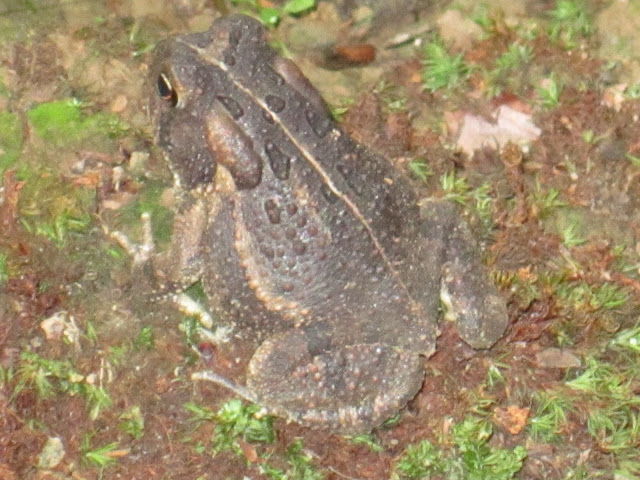 This guy sunning himself on a rock reminds me I don't know the difference between a toad and a frog, though if I had to guess I'd guess toad since we were at least twenty-five yards from the Potomac and at least a hundred yards from a creek when he posed. Do you know about Potomac Heritage National Scenic Trail? We did a five mile back-and-forth today, plan on more, though probably not south of Teddy Island because I don't think of the tidal Potomac as the same river as Mather Gorge and up river. This is related to why I never vacation at the beach unless made to.

All this a follow-up to yesterday's post: I've always held motherfucking pigs like Milton Friedman and Margaret Thatcher and her pet dog Ronnie as .06% shittier because they want to ratfuck the peasants as principle while the Democrats, and this is an improbable best case scenario, ratfuck the peasants as pragmatism: we don't want to ratfuck you, but in these days of Corporate power, we have no choice! This is the root of my roob, as I mention every post. Hey! Did you ever wonder what the bottom of The American Legion Bridge looks like from the Virginia side? 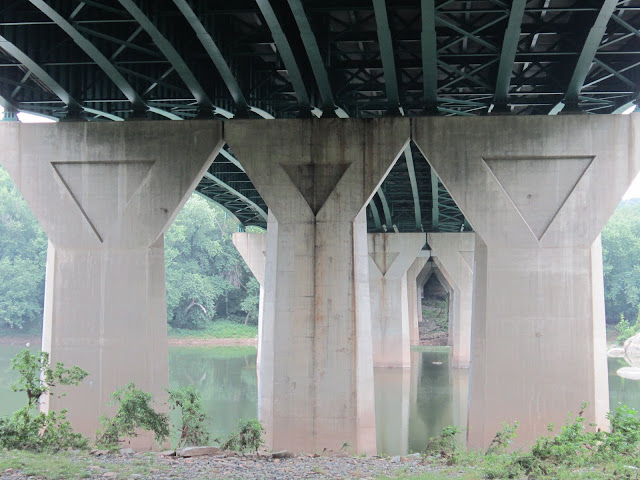 UNNATURAL SELECTIONS: A MEDITATION UPON WITNESSING A BULLFROG FUCKING A ROCK