Perhaps, in the Exaggerated Grace of His Weight Settling, the Wings Raised, Held in Strike-or-Embrace Position, I Recognized Something More than Swan 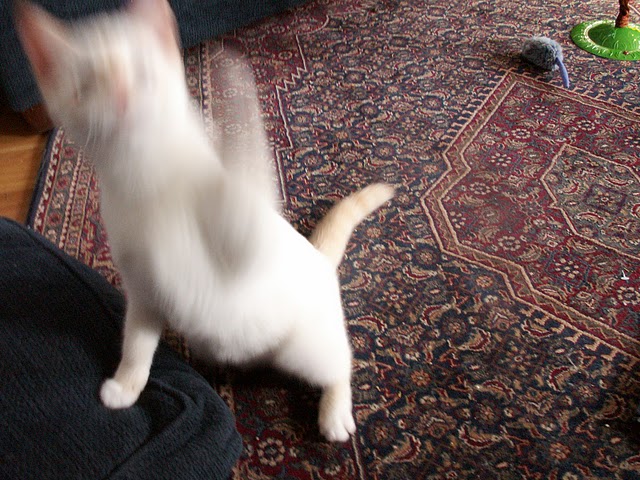 A friend of a friend asked yesterday, why do I blog, what does it do for me, what do I hope to accomplish, saying before I could answer she can't imagine herself blogging, doesn't understand why people do. Neither do I, I said truthfully, then awkwardly said nothing until my friend changed the subject.


And then... is it possible? can a man be jealous of himself? Damn it, listen Esther, did you see what she tried to do? she almost kissed me goodbye? Why, she's insane. But she goes out on the street and nobody's surprised to see her, she talks and nobody's surprised to hear her. It's suffocating. Right this minute, she's talking. They're down there right this minute and that woman with the granulated eyelids is talking. You look up and there she is, people... the instant you look at them they begin to talk, automatically, they take it for granted that you understand them, that you recognize them, that they have something to say to you, and you have to wait, you have to pretend to listen, pretend you don't know what's coming next while they go right on talking with no idea what they're talking about, they don't even know but they go right on, trying to explain who they are because they take it for granted you want to know, not that they have the damnedest idea as far as that goes, they just want to know what kind of receptacle you'll be for their confidences. How do they know I'm the same person that... Who are they to presume such intimacy, to... go right on talking. And they really believe they're talking to me!
I hate thinking about these questions so much I think about them constantly, as regular readers, rolling their eyes, can attest, but don't worry, that's it but to note it's not aargh or angst or even weary, it's the motherfucking Blog Days of Summer and, Hey! have you heard the story Obama and the Clusterfuck yet? More importantly, I'm rereading a novel like it's the first time, I'm remembering how much I once loved reading novels, so maybe more of Gaddis and less of me until it's not.

O! On bleggalgazing: some new sites on both blegrells Because, thanks as always for the Kind, if you're Kinding me and me not you let me know, and this:


LEDA, AFTER THE SWAN