He Was Perturbed, However, When He Found that the Funeral Home Was in a Bad Section of Town, Next to a Tattoo Parlor Named the Desultory Slut

As stated yesterday, busy, time to read and think but not (on half-purpose) react, so here, the second paragraph from the novelist Lorrie Moore's take on Circus Elephants in the New York Review of Books:

It is indeed the audiences who are getting scary. The MSNBC crowd last Thursday applauded the state of Texasʼs record-breaking death-row executions. On Monday in Tampa at least one person cheered the prospect of (in a question posed to Ron Paul) an uninsured man in a coma being left to die. Monday’s audience also booed Perryʼs defense of public education for children of illegal immigrants, as well as Paulʼs skeptical remarks about American exceptionalism (“We’re under great threat because we occupy so many countries. We have 900 bases around the world.”). This kind of hooha heartlessness is recession road rage at its worst, and that this is the electorate these candidates are trying to court often seems to startle even them, though this is reflected less in the policies they endorse than in their faces, which can veer to and from their lecterns in disorientation and fog.

I mean, I hate motherfucking crackers as much as the next person, but it's odd, all these intimations gaining greater media mention of a Cracker Rebellion that all started right after this past Labor Day Weekend, the traditional start of POTUS 2012. 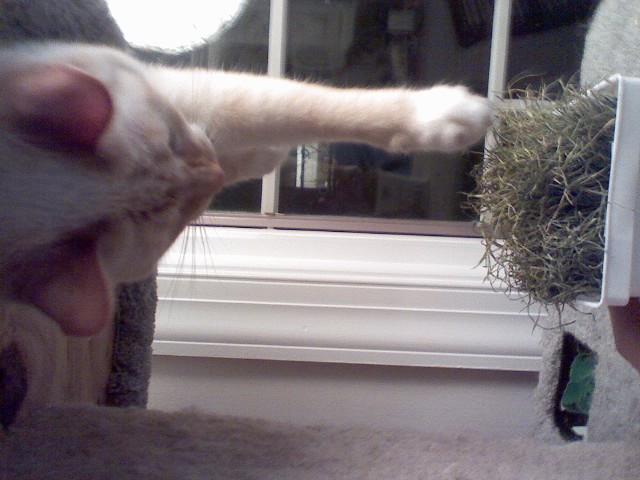 PARABLE OF THE DESULTORY SLUT

When he read in the obituary section that he was dead, the famous author was at first amused and flattered. They love me so much, he thought, they have imagined me dead because they fear the loss of my genius above all else. So he put on his hat, combed his goatee to a waxed point, and sauntered out of his flat to attend his own funeral. How literary, he thought, like Huck Finn, and Everyone will be weeping.
He was perturbed, however, when he found that the funeral home was in a bad section of town, next to a tattoo parlor named The Desultory Slut. He walked in past the unmanned front desk, to a back room of frayed velvet and gilt columns, where his coffin was on display, a faux mahogany monstrosity with painted pewter handles. The only people in attendance were four young professors from the local college, with leather patches on the elbows of their ill-fitting tweed jackets and long cruel faces of foxes and rats. He recognized one of them, a gangly fellow with pimply cheeks who had shaken his hand after his last reading and reverently asked for his signature.
Do you have one of my books to sign? the author had asked.
Oh no, the young professor had cried, baring his hairless chest, can you please sign here?
Now the pimply fellow was sitting in a pew, whispering loudly to his neighbor, Isn’t it great, he said, The old bastard finally kicked.
His neighbor nodded silently.
Deeply disturbed, but well aware of the dramatic potential of the moment, the author took this as his cue to step boldly into the room, with a loud Ta daaa!
For some reason, the professors ignored him, and continued their whispering.
For a moment, he was afflicted with a strange vertigo, and stood like a clay golem, without a will of his own. Then a sudden rage took him, and the author snapped out of the spell and strode to the front of the room, waving his arms. Wait, I’m not dead at all. Here I am. It was all a mistake, he cried.
But the professors did not see him. In fact one walked right through him, as if he were merely a ghost or spirit, and rushed up to the coffin. Do you realize what this means? the professor cried, This means we’re free, and he grabbed the body in the coffin and dragged it to the floor. The shocked author saw in the body his own likeness, lips and cheeks rouged into a grotesque semblance of life.
He’s dead, he’s dead. Our enemy is finally dead, they chanted in a frenzy and the professors began trampling on the corpse, weeping with joy and relief.