I was hungry so I got breakfast at the Cosi across the street from McPherson Square about ten of ten yesterday morning and ate it sitting down warm and dry inside rather than cold and wet across the street in the rain and the tents. Two tables away two 30ish guys in business suits were eating, talking about Occupy, one says to the other, I just don't get when they say capitalism doesn't have competition, I'm working sixty hours a week to make partner, and I was reminded again that both capitalism's winners and losers can't imagine any other league. 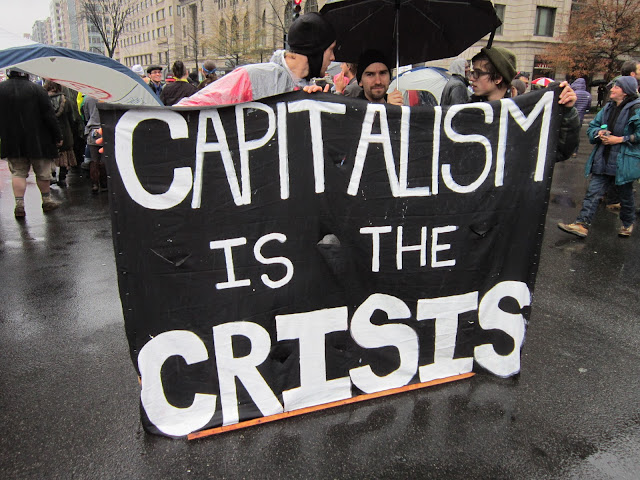 Fuck, we play in a digital league where everyone wants to be King of Anarchists. Can you imagine a world without competition? Again, here's my thing: aren't humans selfish bastards enough that if there was a better way to organize competition wouldn't humans clutch that model and never let it go? 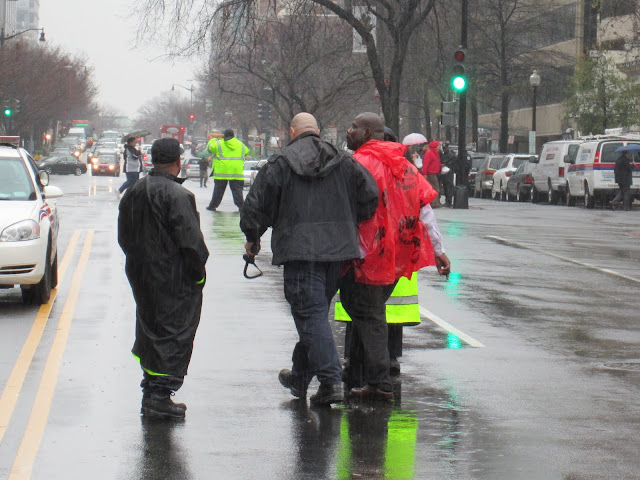 Anyone know WTF with that guy in the red poncho? I thought he was a union guy arguing power to the point of violence with Occupiers, but I also was told he was just motherfucking nuts. He kept interrupting Occupiers arguing with Occupiers over who'd be King of Arguing About Everything Out of Principle. I'm old: everybody I meet reminds me of someone I already know and, as always fine irony abounds. 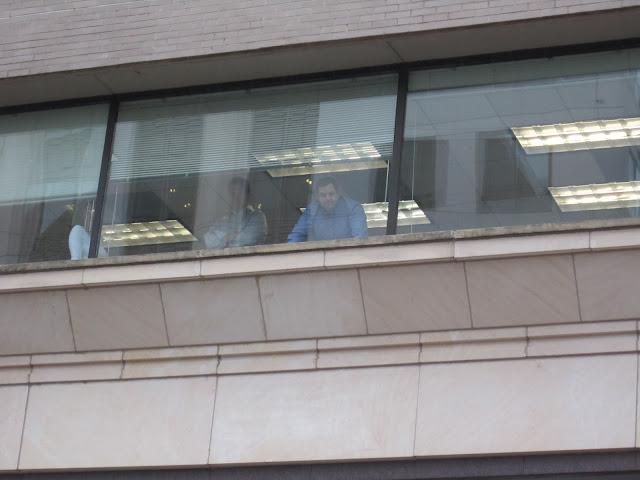 A elderly woman suddenly stood next to me in the intersection of 15th and K, her bunned grey hair and high-pitched whispervoice reminded my of an English professor at Anne Arundel Community College circa 1989 who did me a major Kind. The woman asked me why I was there and I did my hummina and she said, yes, it's important all these young people see some old people supporting them. Yes, I said, so they'll still be fools like us when they're old. Yes, she said. 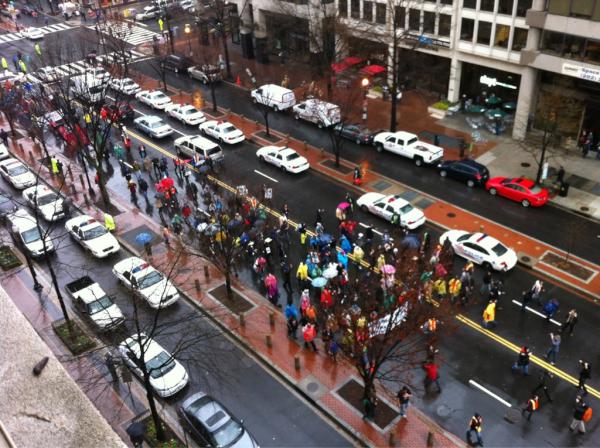 what troubled enough
to wish
on a wandering star?

you couldn't imagine another existence