It seems to me, said K at Thursday Night Pints, that the anti-SOPA drama is useful in that it reinforces memes about Corporate that Occupy has been banging, doesn't it? I'd mentioned it had not gone unnoticed that google didn't run a stunt and nobody blacked out their sites or feeds when Obama signed the NDAA, so whack with the hypocrisy stick if you participated in any SOPA protest. Did you see the Post story about how an Occupier confronting Romney will help Romney in South Carolina, asked D. There are multiple meanings of the word prop, I said, winning last night's shot of ridiculously priced Scotch, which I turned down, my prop hops-based. 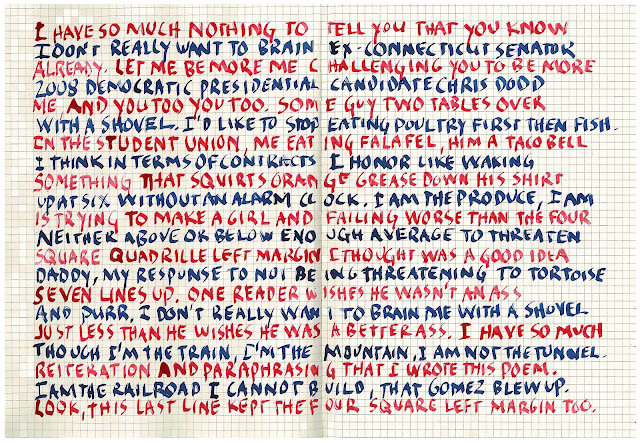 THE BOOK OF THE DEAD MAN


Live as if you were already dead.
Zen admonition