Last night, when I was writing about something I won't write about here, the above song was suddenly, loudly, in my head. Furies and Serendipity, yo.

O, Ron Paul. He's yesterday's Occupy, the media-fueled rube's pumice that lets us kayfabe our dirty hands. He's the biggest sideshow ever in American political discourse since the last until the next! Oof! our presumptions have been challenged, we will vote the way we always vote but be more aware we wish there was a third alternative. Who wasn't a homeless schizophrenic sleeping in a city park or a crotchedy old koot who rants about the UN invading Texas and has a documented history of racism*, that is. Ten dreadful months and countless biggest sideshows since and until from now until the start of POTUS16. 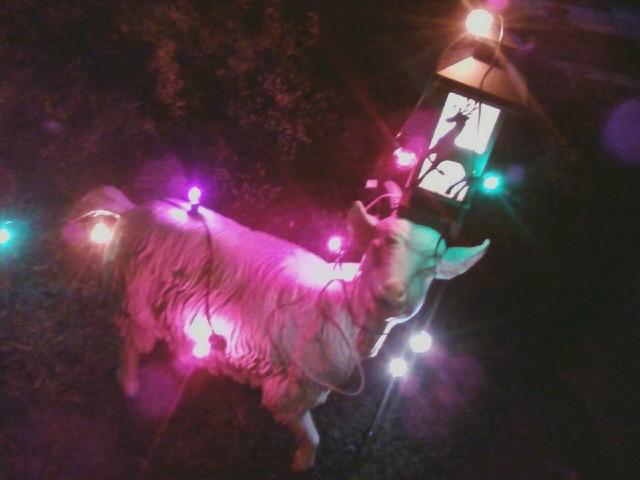 If you are a goat, do you believe
What people tell you about
Goats, and eat
Tin cans?
There's no goat that foolish.
Or is there?
The goat of the universe believed
What people told him about universes
And came into existence.
Bang! How naive can you get?
Even the scapegoat is not as naive
As (God help him) the universe that
Agreed to exist.
A word to the wise: Don't eat tin cans.
Don't listen. Don't exist.