By the Clanking Behind His Descent


I was going to watch helmetball at this guy's place but I did have to work and I did (do) have a fever so I didn't watch helmetball. I was in the car driving to buy club soda and clementines when I heard Ken and Barbie Countrysinger professionally harmonize the horrible "America the Beautiful" and punched another station in before somebody sang the more horrible National Anthem. I saw twoots on twatter re: Super Bowl because you follow everything or nothing on twutter, I take it from twuuter the militantly homoerotic and IN YOUR FUCKING FACE PATRIARCHAL PATRIOTISM is still profitably mandatory. I think I did everybody a favor by not watching the Super Bowl by myself. Great sentence, fine metaphors abound. 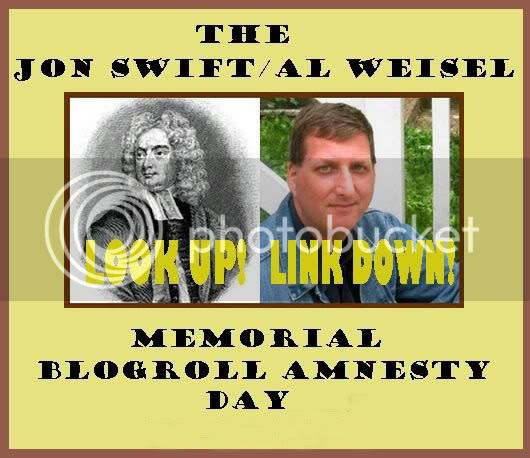 One last reiteration for this year: In no order other than I'm going down the left blogrolls first, here are, as best I remember, the new additions since the last BAD: Nothing to Say and Saying It, Tom Clark, From Wine to Water, Stalin's Mustache, (Notes on) Politics, Theory & Photography, SOUTH/SOUTH, Written Word, Spoken Word, Departure Delayed, Your Man for Fun in Rapidan, Though Cowards Flinch, Big Bald Bastard, Leftwing Nutjob, Indiscriminate Dust, Anarchurious, I Ain't Drunk, Just Drinking, The Aboniblog, Pied Cow Blog, diary von davidly. Check them out. Be Kind.


When love was a question, the message arrived
in the beak of a wire and plaster bird. The coloratura
was hardly to be believed. For flight,
it took three stagehands: two
on the pulleys and one on the flute. And you
thought fancy rained like grace.
Our fog machine lost in the Parcel Post, we improvised
with smoke. The heroine dies of tuberculosis after all.
Remorse and the raw night air: any plausible tenor
might cough. The passions, I take my clues
from an obvious source, may be less like climatic events
than we conventionalize, though I’ve heard
of tornadoes that break the second-best glassware
and leave everything else untouched.
There’s a finer conviction than seamlessness
elicits: the Greeks knew a god
by the clanking behind his descent.
The heart, poor pump, protests till you’d think
it’s rusted past redemption, but
there’s tuning in these counterweights,
celebration’s assembled voice.