There's Death by Taxi, by Blood Clot, by Slippery Rug. Death by Oops and Flood, by Drone and Gun


That's the new Chuck Prophet. Hey, guess what? American liberals dig drones, killing Muslim civilians: The sharpest edges of President Obama’s counterterrorism policy, including the use of drone aircraft to kill suspected terrorists abroad and keeping open the military prison at Guantanamo Bay, Cuba, have broad public support, including from the left wing of the Democratic Party... But fully 77 percent of liberal Democrats endorse the use of drones, meaning that Obama is unlikely to suffer any political consequences as a result of his policy in this election year. This is the centerpiece of this post, but what the fuck is there to say? There's a new Fucked Up song at post's bottom. Here's a new poem on top of an old poem. 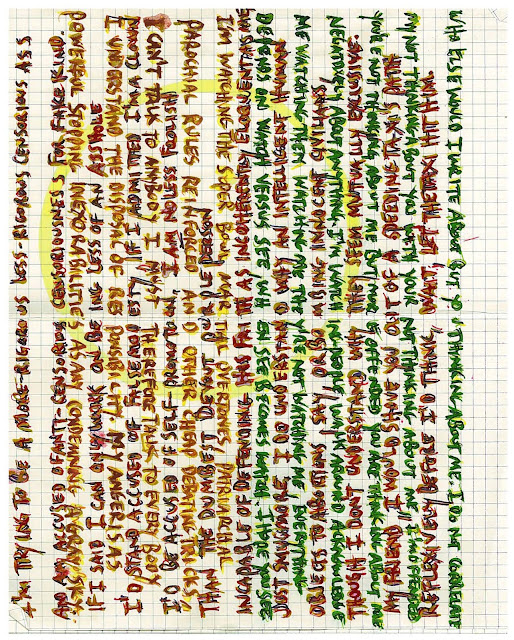 DEATH GETS INTO THE SUBURBS

It sweats into the tongue and groove
of redwood decks with a Tahoe view.
It slides under the truck where some knuckles

are getting banged up on a stuck nut.
It whirls in the egg whites. Among blacks
and whites spread evenly. Inside the chicken

factory, the Falcon 7x, and under the bridge.

There’s death by taxi, by blood clot, by slippery rug.
Death by oops and flood, by drone and gun.

Death with honor derides death without.
Realpolitik and offshore accounts
are erased like a thumb drive lost in a fire.

And the friendly crow sets out walnuts to pop under tires.

So let’s walk the ruins, let’s walk along the ocean
and listen to death’s undying devotion.