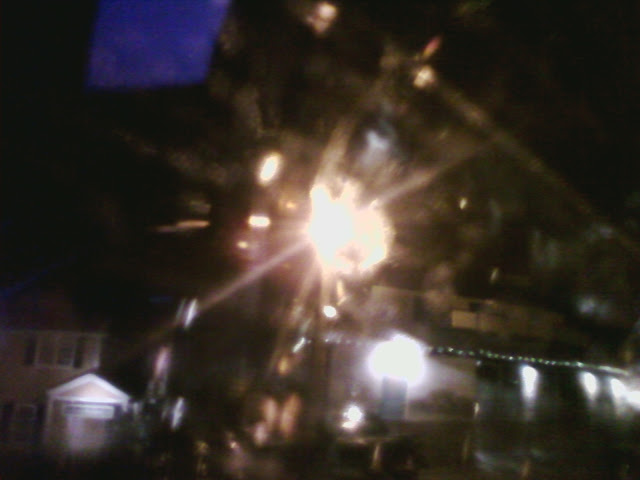 That's from my drivers-seat looking out my cellophane-taped lack of window glass, the switch to the automated window upper/downer (we're such lazy fucks, fuck manually rolling up a car window, where's my electric toothbrush!) snapped off in my left hand with the glass down. Of course it thunderstormed this morning. Fine metaphors abound. I'm prodded, I'm having fun. I'm told by six people fuck yeah, half-dozen people stop. See this post's title.

Everyone forgets that Icarus also flew.
It's the same when love comes to an end,
or the marriage fails and people say
they knew it was a mistake, that everybody
said it would never work. That she was
old enough to know better. But anything
worth doing is worth doing badly.
Like being there by that summer ocean
on the other side of the island while
love was fading out of her, the stars
burning so extravagantly those nights that
anyone could tell you they would never last.
Every morning she was asleep in my bed
like a visitation, the gentleness in her
like antelope standing in the dawn mist.
Each afternoon I watched her coming back
through the hot stony field after swimming,
the sea light behind her and the huge sky
on the other side of that. Listened to her
while we ate lunch. How can they say
the marriage failed? Like the people who
came back from Provence (when it was Provence)
and said it was pretty but the food was greasy.
I believe Icarus was not failing as he fell,
but just coming to the end of his triumph.