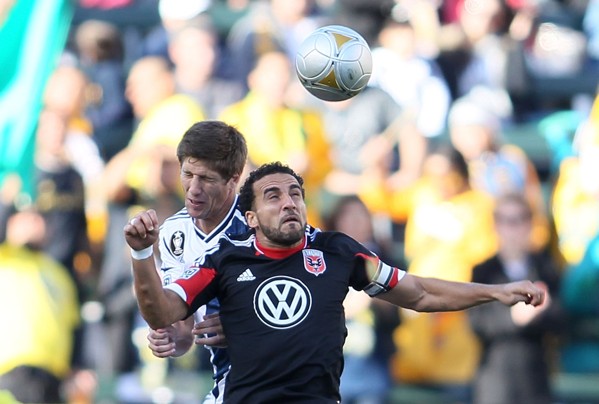 First, I didn't see it, fuck you very much MLS Live for blacking out a fracking Galavision game in the zip code I was inhabiting, you morons - any eyes are good eyes. Second, here's Goff, here's Fullback, here's Serrano, here's Martin, here's Webb, and I also was receiving emails from Landru and SeatSix during the game: the consensus seems to be that United's defense sucks unto last year's. Third, here's my question: St Benny of Olsen pointed to the stormed-out last preseason game in which (he claims) he would have started his first eleven for the first eleven's suck in the season opener vs Kansas City, citing lack of cohesion: using St Benny of Olsen's own logic,  why would he bench Boskovic and Salihi in game two, to build cohesion? Fourth, I really don't want to spend this season listening to St Benny of Olsen bitch about effort as if effort trumps tactics and will trumps skill, cause shut the fuck up. Fifth, I didn't see it, it's only the second game, but if United vomits on its shoes this Saturday in Vancouver the following Friday home game vs the Burn could be fascinating for all the wrong reasons.
Posted by BDR at 8:01 AM