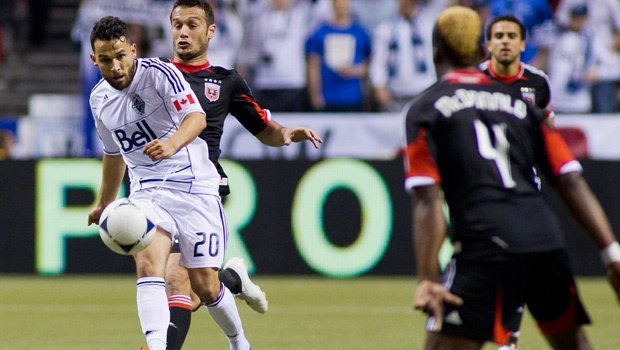 The thing about Boskovic - his contract is up in July. If Olsen/Kasper/Payne truly haven't already conceded he's a dry well, that no decision has been made whether to release or resign him, then, if he is fit (and he may not be - I think he probably isn't - full match fit), play him from start to finish and give him a chance to find his form. I suspect O/K/P have already conceded Boskovic is a dry well (and if he is a dry well, well, who signed him, hmmm?), that Boskovic's style isn't rugged enough for MLS thuggishness (he's easily dispossessed with a shove, his dig on defense isn't enough), that his work rate isn't Olsenian-enough, but Boskovic shows flashes of class that suggest with time on the field he could produce as a DP should. If/when this fails, I'll always remember Steve Fucking Nicol ordering his players to cripple Boskovic at the US Open Cup game in Germantown last summer just as Boskovic was rounding into form - we'll never know what would have happened if Ningland hadn't deliberately taken out Branko's knee for nine months.

Yes, yes, yes, marked improvement last night v Vancouver than the prior two weeks against vastly superior teams. The marking was stronger, the defense kept its shape and head, and the second half, in which St Benny of Olsen introduced both Pontius and Boskovic, was easily the best 45 minutes of offense this season, and United was clearly the better side. More importantly, enough improvement and result to brake the panic had United shown poorly - Goff tweeted a sarcastic reply to a twoot suggesting Benny be fired. We all wonder at Benny's selections. Had United been 3-0ed last night, I can imagine the yodeling in this and other corners. Two home games next, Friday against the Burn and the following Saturday against Seattle, two quality teams. Had United been 3-0ed last night, the prospect of an 0-5 season start (as opposed to a still very possible 0-1-4 start) would have loomed as almost probable. So a shitty point last night which, depending on how it plays, might in retrospect be remembered as the most important of the season. Or not.
Posted by BDR at 9:38 AM