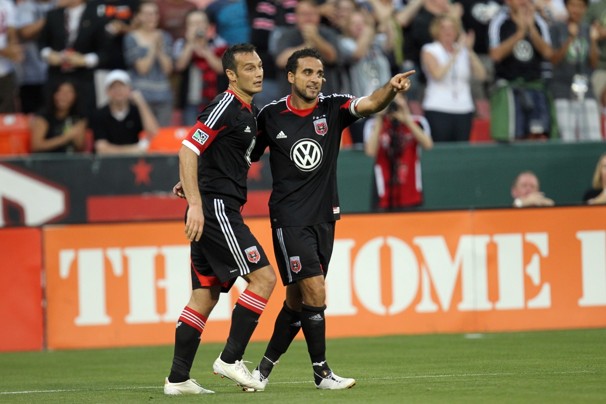 I'm going to wait through at least Saturday's game before declaring and screaming hosanna, but woot. Here's Goff. Here's Shatzer, who dangerously taunts Baal in his concluding two sentences, saying what I said last night re: quality of opponents on the homestand. Here's Webb. Here's Fullback. Here's Creditor. Here's the last DCenters post from 2010. D? you alive?

Brankomania! I'm stupid for Boskovic, but he busted his hump, got better till he ran out of gas, and is simply United's best deliverer of set pieces and corners since Christian Gomez. At halftime the Oklahoma Kid and Jim R and I were saying, Boskovic's pluses on corners and free kicks outweigh his minuses as he stutters over the ball getting used to St Benny of Olsen's system, but he'll get better with time, and the second half he did.

OH! I didn't break Kitchen, he's better each game and is undeniably critical to United's success going forward, pun intended. Neal was a pleasant surprise on the left and Woolard is a shockingly nice surprise in central defense and Korb surprisingly not awful on the backline left, and Russell too often looks like a grandpa missing his walker, there's danger there, but all-in-all woot, I'm not going to hosanna just yet, but woot.

And it wasn't cold and raining! Most beautiful night at the stadium yet this year, and there are games this Saturday v Toronto and the following Saturday v Ningland and then, in the best sentence in Goff's article:

In its first U.S. Open Cup match on May 29, United will play the third-division Richmond Kickers on the road or the Aegean Hawks, an area amateur team, at Maryland SoccerPlex. 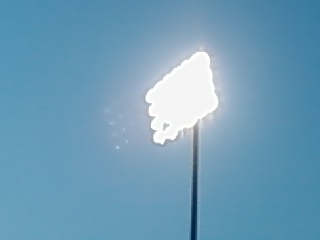