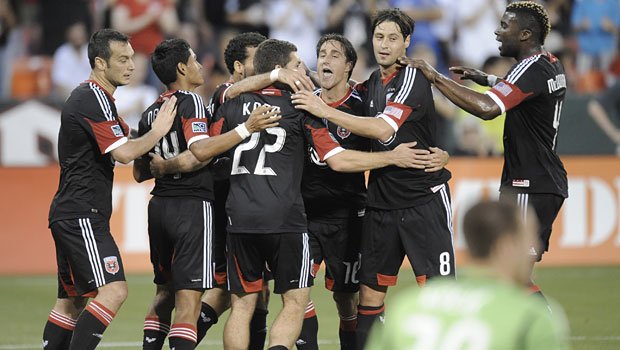 Gorgeous May evening, as good as it gets in DC. Yes, I'm tempering my woot until after Ningland next Saturday, but United's bought into St Benny of Olsen's system and work ethic. Najar is finally busting his ass at any position he's asked to play, Boskovic is busting his ass at any position he's asked to play. Benny's rotational positioning (at one point Wolff dropped to left wing, Boskovic to ten, DeRossario up top) is intriguing and effective. Tough night defensively (it's a good thing Toronto sucks, missing at least three sitters), but after Ningland game United has three weeks off until next league game and only five league games in the next two months, so the wounded, especially on the backline, have a chance to heal. And DeRossario is a joy to watch.