It Was the Retrofit Energy That Did It, the Assemblage after Dispersion, the Kick in the Pants We Call Chaos


My avatar is seventy-nine years ago today. My avatar is not Ann Marie's neighbor Jerry Bauman nor is he a doctor on a cruise liner, though Siegfried did make an appearance as the actor who played the doctor on a cruise liner on Letterman in 1985: sorry, Shtarker, I can't find the video. Stop zssting, Shtarker, this is KAOS, we don't zsst here. I was going to rant at some asshat badmouthing LOUD SIDE! for being LOUD SIDE! but fuck him and fuck that (and fuck much), he's an asshat, plus I'm busy, real life and work, so instead have a publicity still, plus links while they're fresh, songs that feed the arrgh, poem that begs the arrgh. 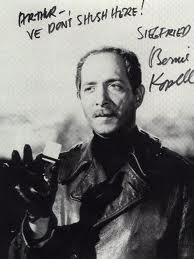 THE BOOK OF THE DEAD (THE FOUNDRY)

1. About the Dead Man and the Foundry

The dead man hath founded the dead man's foundry.
He acted in the past perfect, he funded it with clean dirt, pure water
and the spotless air.
Then he was melted, he was molded, he was poured and shook out.
He was ground and sanded, he was machined to a sweet tolerance.
The dead man took pains to stay alive, this was how.
It was the undersong of the self, the subtext, the no-man's-land's calling.
For the dead man was subterranean to start.
He was the tuber in the sun, the worm warming, the root that stays put.
The dead man became again what he was, he germinated.
It was the foundry of the sun, the foundry of the earth's core, the foundry
of the electric light and the dry cell.
It was the retrofit energy that did it, the assemblage after dispersion, the kick
in the pants we call chaos.
We are the children of a hothouse, among orchids that grow in lava.


2. More About the Dead Man and the Foundry

The foundry of the dead man pops and smolders with re-creation.
It is recreated in the titanic and the miniature, every detail.
Within the dead man, the same fire burns.
The same furnace, the same raw materials that made flesh.
The same red water, the same liquid sinew cooling.
The dead man's foundry has made weapons and ploughshares, and those
who use them.
The foundry and the forge, the shapes imprisoned in the molten streams of
rough matter, these are precursors of the human, too.
The steam escaping from a wounded body is the foundry.
The heat of exhalation, the blush of desire, the red sun under the skin—
they are the foundry.
And the high temperature of the ill, and the heat of the first foundry
reassembling at its source.
If you believe in the reformation of energy, then you believe as well
in the dead man.
He is heating up, and what is emotion?