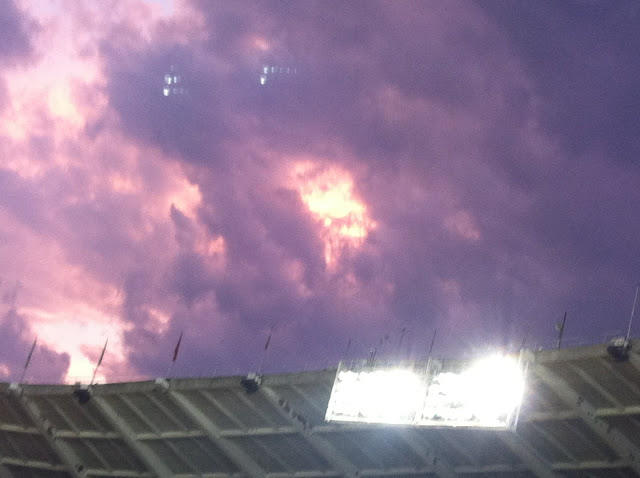 Incredible light, incredible sky, incredibly beautiful evening. On the way to game got a text from Big C, he had an evening out, showed me photos of the beautiful Greta, almost three months old, now interactive. To emphasize, gorgeous night. 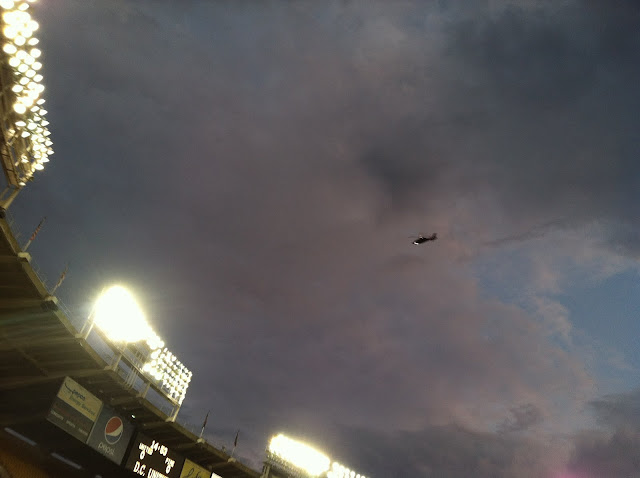 To be frank, I figured one team would score four and I had odds on Chicago. Yes, I deployed the Baal-taunting. You can also thank me for Pajoy's goal, me and buds were arguing how many sitters he had gacked just before he scored, John having him at six, the bearded lawyer dude five, me four, giving Pajoy half a pass at a ball that took a funny bounce and hit his shin. He is not the answer up top, nor is Long Tan (who scored late). Nick DeLeon was announced as a starter and the box score says he played the entire game, so I'll take their word for it. And United still SUXXXXXXXXXXXX defending set pieces, it's gonna be the final bullet that ends the season. That's it for bitching.

I stand corrected on Saragosa, who hadn't impressed me in the least. He teamed excellently with Kitchen in defensive midfield, the teaming allowing Chris Korb and especially Andy Najar to overlap from the back. If Najar buys in, if he gets his footwork together on defense (he can be tied into knots at times), he is a major plus at right back, a bigger plus than on the wing (where he's a major plus over DeLeon - I'm told DeLeon played last night, I didn't see it). Najar was the best player on the field last night (well, and Marco Pappa too). But back to Saragosa/Kitchen - I am very curious to see if they start this Saturday afternoon in Montreal: last night was of necessity because of line-up options, Boskovic and Dudar are off red card suspensions for Saturday. Did I mention it was a gorgeous evening? 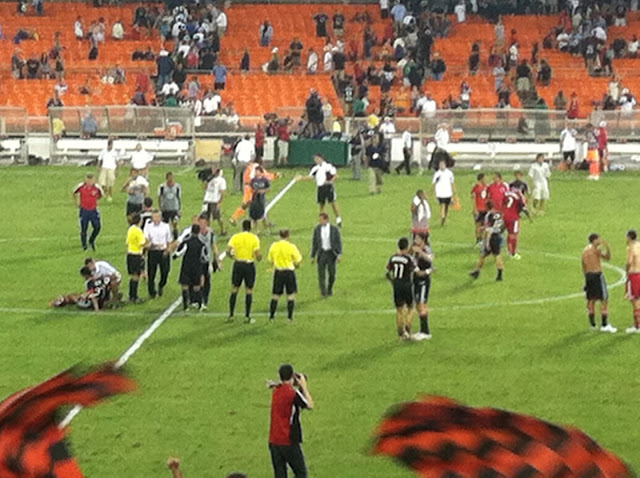