Take a Dog to the Vet's, He Knows What You're Doing

So I figured it out, both how to make a movie of a folder of photos and how to drive away readers. Well, I always knew the latter. That's this past Saturday, our drive to Columbus and back and Delaware and back. All photos by Earthgirl. Yes some are sideways, sorry, it took an hour to figure out how to make the movie, I love you but I don't have two hours to right-side up the portraits she shot. I showed her the movie last night, she said, why don't you fix the sideways photos, I said, here's the folder, you spend two hours straightening them out, she said, Fuck that. What the fuck, I caught myself deliberately writing a sonnet, complete with end-rhymes? 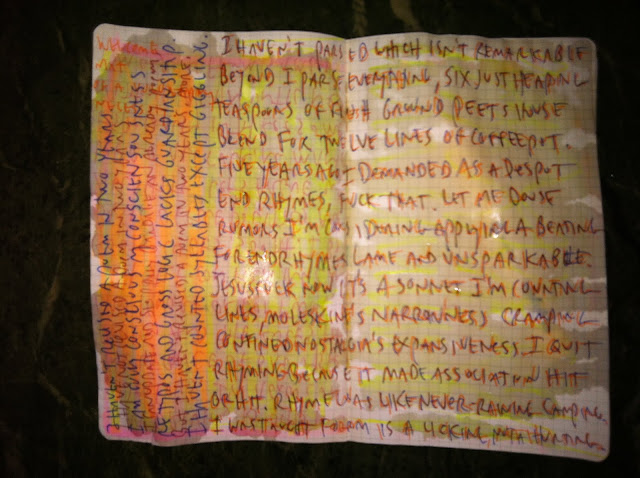 Take a dog to the vet's, he knows what you're doing,
a cat becomes a muscle, she leaps from your arms
and oh, and ah, you won't kiss your dog
because of where his mouth was, and ah,
your cat has delivered a rat at your door
so lie down on the left side, or the right,
and let me find a place for my arm

for what can the police do
or the effigies floating over us
made of cloth and stuffed with cotton,