What If I Maneuvered Conversation in the Hopes That Others Would Pronounce Those Words?


My favorite radio show ever since the last until the next. Took me fifty-three years to get it, what the fuck is wrong with me. Need some musical direction from Cleveland on what must absolutely be checked out. Little library joke there. I'm literally going to spend a day driving twice to and from Bamgier to take my daughter out to dinner in the next six days. Rental car better have a fucking iPod jack, downhill from Cooper's Rock to Cheat River, eyawww! Or not. The driving, not the noise. Here's Fleabus last night with lily pollen from playing in the flowers from my mother-in-law's memorial service. 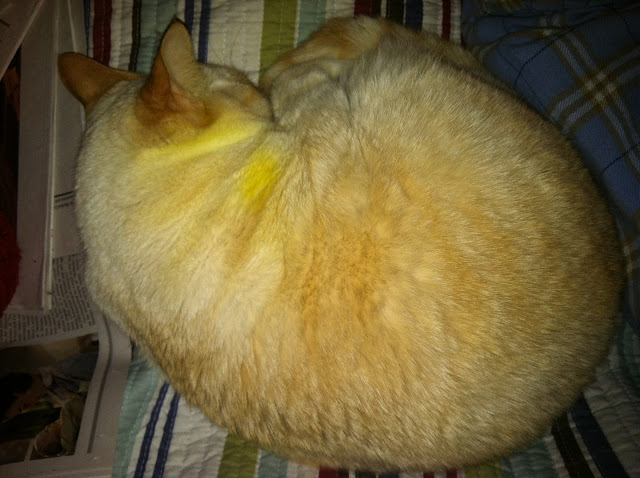 What if I were turned on by seemingly innocent words such as "scumble,"
"pinky," or "extrapolate?"

What if I maneuvered conversation in the hopes that others would pronounce
those words?

What if the excitement would come from the way the other person touched
them lightly and carelessly with his tongue?

What if "of" were such a hot button?

What if there were a hidden pleasure
in calling one thing
by another's name?