I Grab the Supertanker by a Hawser and I Pull and Rewrite Everything I Ever Wrote, or: Metros 0, United 1, United Wins on Aggregate 2 - 1 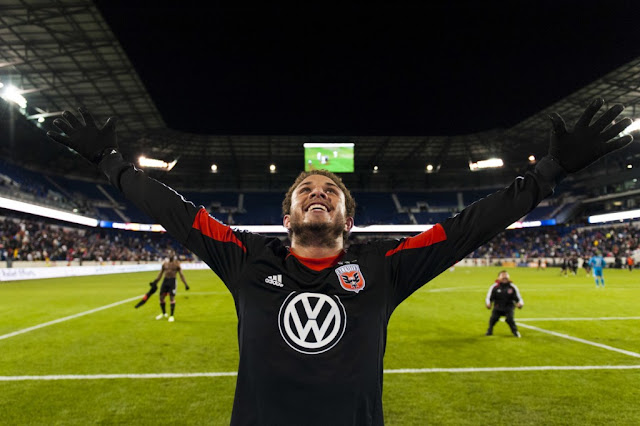 Last night was the last Thursday Night Pints (and it was a fast Thursday Early Evening Drive-By Pints, we all had places to be by 7:30) until the last Thursday in November at the earliest, probably December, I said I'd say in this post's first sentence (minus the parentheses) last night. Everyone relieved Romney lost but not pleased Obama won, all of us abashed to embarrassed to aghast (D, then L, then me) over each of our graceless and soulless raptures at the unhappiness of tens of millions of people whose candidate lost and who are neighbors or friends or relatives I'd trust with my child's safety. Jesus, I'm a turd, I said. The first morning after the second sleep after fresh mushrooms is the worst, L said.  Hey! Did you know Washington DC has a professional soccer team?

It's true, and thanks to SeatSix not only for helping me find a stream, thanks for NoDax above. If I was a Metros fan not only would I be an assclown and stooge, I'd be an infuriated dope, yes at MLS referee Mark Geiger for rightfully waiving off motherfucking Clown Cooper's successful PK for encroachment after the motherfucking clown's run-up to the kick took five minutes, but I'd really be infuriated that with seconds remaining, behind 0-1, with a free kick against a back-up keeper from 20 yards, Thierry Henry was used as a dummy. Is a dummy. So, ANOTHER HOME GAME! and maybe two! (the second would be the title game, United hosts if it goes through) though getting by United's nemesis, Houston, especially on a short turnaround, won't be easy, especially with Hamid out on red, and somewhere I read MLS is going to extend Najar's suspension for jackassery. Still. Everything now is gravy. Here's Fullback, here's Shatzer, here's Goff, here's Goff, here's Webb, here's Kennedy, here's Galarcep. Here's *!wOOt!*.


THEN ALL THE EMPTY SHALL BE FULL

It's back to school. And, in our district, it is time to vote.
It's time to recognize it's fall,
and every larder will be full.
The fuel is mystical and has to be to feed us all.
I grab the supertanker by a hawser and I pull,
And rewrite everything I ever wrote.