I Will Retreat to the Precorporate


Wishful thinking, this post's title. Saturday bleggalgazing: I'd promised to post all Elliott Carter requests and I'm happy to do so today, not intentionally on the slowest day of the week in Blegsylvania but because I had an attack of Mekons. I promised to post all Mekons requests, I promise to get to them next post. Since it is the slowest day of the week I will reveal this much: for privacy reasons I can't write about the details of my conversation about the election with a smart and reliable and generous human who's also a devout and distraught young conservative this past Wednesday morning beyond saying it was horrifying and heartbreaking and I'll remember it always, but I also find I can't write about it in tablet without sounding the condescending ass. I'm a dope at the other end of the tug-of-war rope at Corporate's once every four years company picnic too even if I didn't play this year for varsity, just applauded the other side's varsity losing. As just proven, in trying to be bigger I make myself smaller. 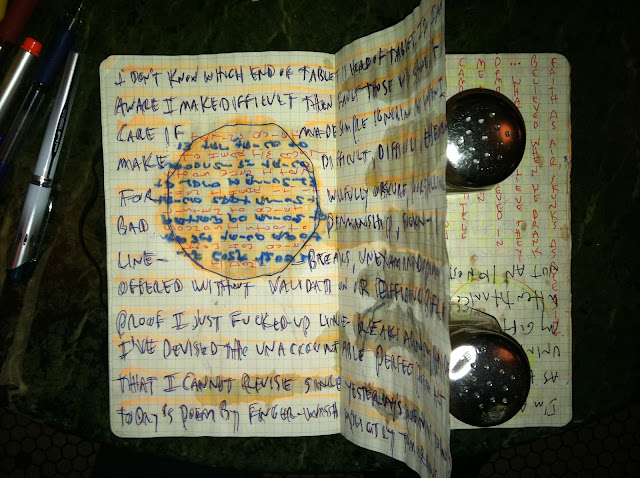 THE DOMESTIC LIFE OF GHOSTS

Whoso list to haunt could do worse than to
Obtain the license, get the picture.
Spook finders must find spooks to put the face,
Name and space coordinates together.
What is kept in the mind perimeter
Retains a wild autonomy through fate.

I will retreat to the precorporate.
Let fate have what is fate's and allow
This spirit to slip through time's difficult
Nets with the devious fingers of
A wild wind, while I run along behind.