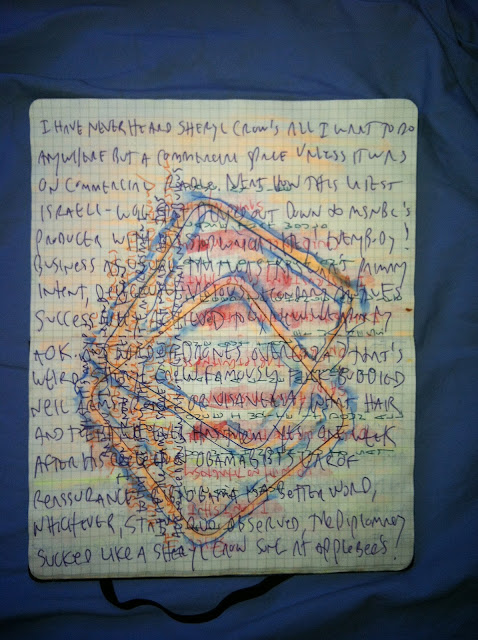 The General’s men sit at the door. Her eyes
Are fat with belladonna. She’s naked
Except for the small painted turtles
That are drinking a flammable cloud
Of rum and milk from her navel.

The ships out in the harbor
Are loosely allied
Like casks floating in bilge.
The occasional light on a ship
Winks. In the empty room of the manuscript
Someone is grooming you
For the long entrance into the dark city.

They’ll hang the General.
Then with torches they’ll search for his children.
Men and women
Are seen jumping from the burning hotel.
Journalists, in no hurry,
Elect to take the elevator. They walk
Out of the building, stepping over corpses. . .
You are listening to loud bells.

The corpses get up and follow the journalists.
It’s unfair that while rehearsing
For death they actually succumbed to it.
But no one sobs.
Shirts and dresses billowing as they fall.
Something inhuman in you watched it all.
And whatever it is that watches,
It has kept you from loneliness like a mob.