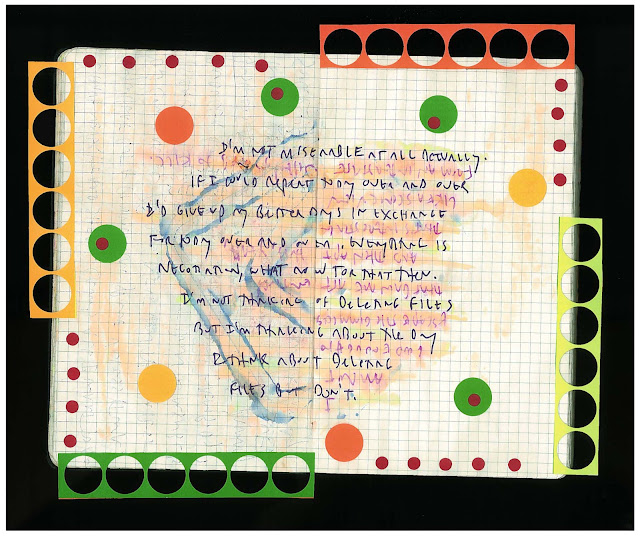 What is a pimento anyway, asked K (looking on her iPad at the above when it was header then) at a Thursday Night Pints none of us anticipated but JUMPED! at when L emailed. Was sweet. I don't get complementary colors, I said, the same green the same size as the red dot on a red dot the same size as the green is more than an opposite world. D said, sipping a martini, thanks in any case. K asked about everyone's Thanksgivings, all were quiet, subdued, only the skeeviest of third tier relatives tried to pick a political fight and were ignored, one true dick at D's, a wannabe true dick at K's. L asked, how much do you think Obama enjoyed serving lunch at the White House today to Romney on their playdate? What a fucking dick, said D. Romney too, said K. Then we talked about kids and grandkids. Congratulations, K. Please tell them YOU AND WHAT'SHISNAME DON'T WANT TO KNOW THE GENDER. It really is more fun that way.

If it's the title of a movie, you expect
everything to become important—a kiss,
a shrug, a glass of wine, a walk with the dog.

But if the day is real, life is only
as significant as yesterday—the kiss
hurried, the shrug forgotten, and now,

on the path by the river, you don't notice
the sky darkening beyond the pines because
you're imagining what you'll say at dinner,

swirling the silky wine in your glass.
You don't notice the birds growing silent
or the cold towers of clouds moving in

because you're explaining how lovely
and cool it was in the woods. And the dog
had stopped limping!—she seemed

her old self again, sniffing the air and alert,
the way dogs are to whatever we can't see.
And I was happy, you hear yourself saying,

because it felt as if I'd been allowed
to choose my last day on earth,
and this was the one I chose.