My Eyes, My Mouth, Between Them a Skull's No-Nose 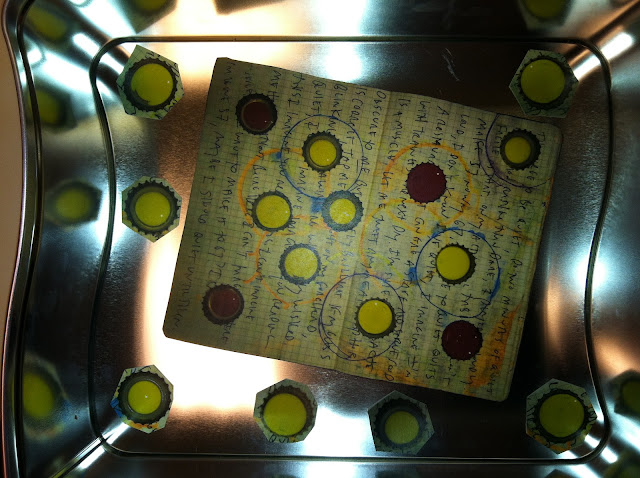 Zoyd's reference to the Uzi submarine gun, "Badass of the Desert," as it is known in its native Israel, had been appropriate. Isaiah's business idea was to set up first one, eventually a china, of violence centers, each on the scale, perhaps, of a small theme park, including automatic-weapon firing ranges, paramilitary fantasy adventures, gift shops and food courts, and video game rooms for the kids, for Isaiah envisioned a family clientele. Also part of the concept were a standardized floor plan and logo, for franchising purposes. Isaiah sat at the cable-spool table, making diagrams with tortilla chips and pitching his dreams - "Third World Thrills," a jungle obstacle course where you got to swing on ropes, fall in the water, blast away at surprise pop-up targets shaped like indigenous guerrilla elements... "Scum of the City," which would allow the visitor to wipe from the world images of assorted urban undesirables, including Pimps, Perverts, Dope Dealers, and Muggers, all carefully multiracial so as to offend everybody, in an environment of dark alleys, lurid neon, and piped-in saxophone music... and for the aggro connoisseur, "Hit List," in which you could customize a lineup of videotapes of the personalities in public life you hated most, shown one apiece on the screens of old used TV sets bought up at junkyard prices and sent past you by conveyor belts, like ducks at the carnival, so your pleasure at blowing away these jabbering, posturing likenesses would be enhanced by all the imploding picture tubes.

History has to live with what was here,
clutching and close to fumbling all we had - -
it is so dull and gruesome how we die,
unlike writing, life never finishes.
Abel as finished; death is not remote,
a flash-in-the-pan electrifies the skeptic,
his cows crowding like skulls against high-voltage wire,
his baby crying all night like a new machine.
As in our Bibles, white-faced, predatory,
the beautiful, mist-driven hunter's moon ascends - -
a child could give it a face: two holes, two holes,
my eyes, my mouth, between them a skull's no-nose - -
O there's a terrifying innocence in my face
drenched with the silver salvage of the mornfrost.