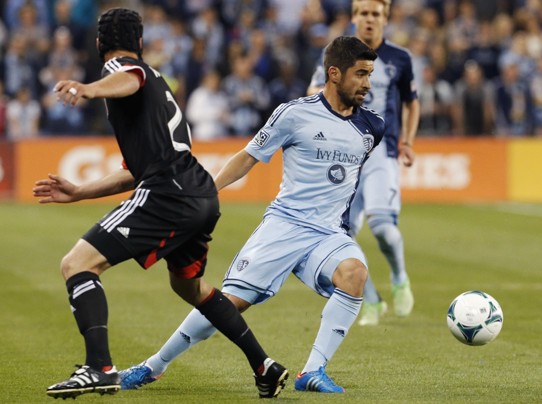 Both St Benny of Olsen and Goff called the game United's best performance of the year. OK, sure. They didn't score, it looks like they never will score. I'm OK with the defense and defensive mids, from wings to forwards it looks like they never will score. I've offered my Theory of Najar (he's missed far more than is mentioned), here's my Boskovic Corollary - if United can't score in the run of play they need to score on set pieces, with Boskovic they had someone who excelled in free and corner kicks, without him United has Chris Pontius, who both sucks at free and corner kicks AND is one of the few players who could score on well-delivered free and corner kicks. Maybe Boskovic wanted to go back to Vienna, had no desire to stay in DC even had United wanted him, there was a sub-story of family issues back in Montenegro, but I also get the vibe that United is going cheap until and unless they get a new stadium, was happy to get Boskovic's contract off the rolls. This week's story of United's TV contract with Comcast suggests United's going cheap, and dig this dig from Brandon McDonald last night on RFK: “The difference is, you look at our field and you look at [Kansas City's] field. RFK is a mess. It’s dry, it’s bumpy, there are holes everywhere. This is a real field. You can see the difference. We can play on a real field.” In any case, before full bitching, (for instance, the dramatic disappearance of Dwayne DeRossario's value as a soccer player and United's cheap decision to try and squeeze one more year out of him) I'll watch next Saturday's home game versus fucking Metros, and you know what? Frank Gorshin was born eighty years ago today.

I was a kid at the time when he was Bele and Riddler and I saw the episodes over and over, happily, I assign them higher cultural value than people who weren't a kid when Gorshin was Bele and Riddler and saw episodes over and over. Was going to make this a stand alone post, but in the spirit of bleggalgazing I enjoyed in three email conversations yesterday - thanks! and the answer to the question two of you asked is that the first one is harmless if eccentric, the second a fuckstick if a fuckstick - I suspend the usual blogwhoring and just post the Minor Egoslavian Holy Day here.