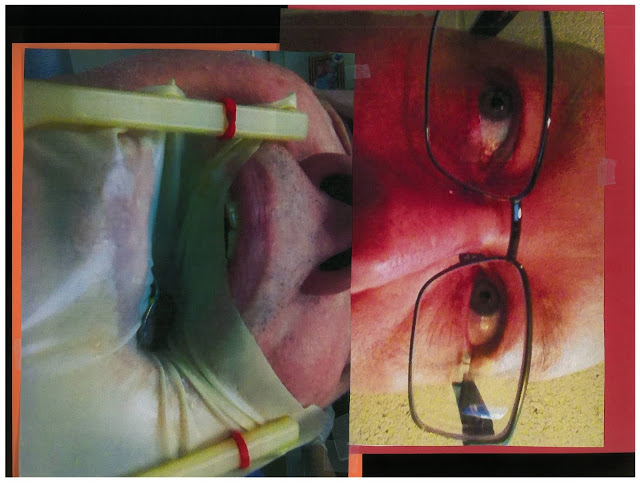 There, a full facial, copper, turned sideways for aesthetic reasons, not to be coy. Friend Jim (asks what if everything you believe turns out to be wrong) in comments, friend Randal too, joked I'd exposed myself to facial recognition profiles by posting photos of my eyes, joke being my yodels over the years about my compulsive digital self-implication that if Power wants to know who I am they know who I am. Two years or so ago I ran a gag on Senator Barbara Mikulski, D-Fort Meade/NSA, showing a photo of Divine as Babs (serendipitous, Waters' recent birthday) and a youtube I regret now posting* in which I compared her to a wombat. I got openly fingered by Senate bots and DoJ bots, I assume routinely, not primarily with intention to intimidate (though certainly with intention to intimidate) but as a cod caught in some word search algorithm. You, if you gave a damn, could discover my name, maybe not find images of my face since I've always been (folk can vouch) camera-phobic, believe me, if I am anyone of interest to Power Power knows where to find me.


Now the summer air exerts its syrupy drag on the half-dark
City under the strict surveillance of quotation marks.
The citizens with their cockades and free will drift off
From the magnet of work to the terrible magnet of love.
In the far suburbs crenellated of Cartesian yards and gin
The tribe of mothers calls the tribe of children in
Across the bluing evening. It’s the hour things get
To be excellently pointless, like describing the alphabet.
Yikes. It’s fine to be here with you watching the great events
Without taking part, clinking our ice as they advance
Yet remain distant. Like the baker always about to understand
Idly sweeping up that he is the recurrence of Napoleon
In a baker’s life, always interrupted by the familiar notes
Of a childish song, “no more sleepy dreaming,” we float
Casually on the surface of the day, staring at the bottom,
Jotting in our daybooks, how beautiful, the armies of autumn.