Beginning a Phrase in the Middle or Ending It without a Comma, We Won't Read It Anyway 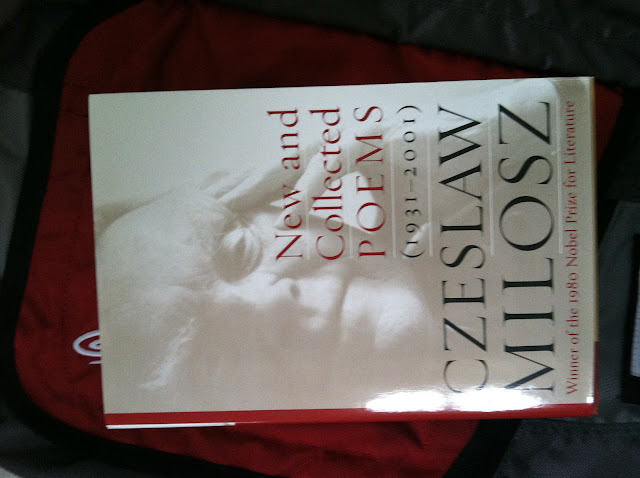 I've learned to try, I'm not very good at, I almost always fail, but I've learned to try to wait 48 hours before writing about political news - in this case Obama's speech - in hopes that I'll not write about it at all (at that I always fail), plus I'm busy, plus a friend sent me a long, thoughtful, and Kind letter regarding my name's unmasking here that I'd rather think about in the few moments I'm not directed elsewhere where I'd rather not be. So this: I am a book hoarder, if I see something I own and love and have two copies already but see a third on sale for $2 in a used book store I buy it, people responded positively to the Milosz I posted (and there's another below, and now that I'm re-addicted expect much more in the near future), I've two extra copies of the above, if you want one let me know, send me your address in an email.

UPDATE! One copy claimed, one remains, I've added a second poem to encourage everyone (and by everyone I mean the three of you) to move fast.