Tula, These Folks Come for the Festival. Your Daddy Can Put Them Up, Can't He? 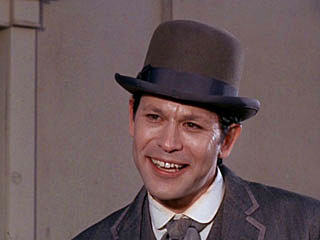 No, it's the day after tomorrow, but the celebrant asked a good question yesterday, I paraphrase: when do we officially stop paying for season tickets to United. I responded: 232 - if ownership keeps trending in current direction - isn't in dire danger of disappearing yet, though I see dire direction on the horizon. (And I know it's a perfect metaphor for my self-absorption's ability to extrapolate universal symbolism out of personal inconvenience, but the 7:00 start time pisses me of so fucking thoroughly beyond everything else Thorir Fuckstick is doing....). Four quick things: it took me a second to think 232? Second, what did that just signify? Third, what if I am wrong about the motives of Levein Thorir (or is it Thorir Levein, I'm pretty sure it's Levein Thorir), that they are not fielding the cheapest team they can until they either get a new stadium in DC or a new stadium elsewhere, what if they are going understandably lean but not starving for starving's sake, trying to build a core of young players whose contracts United controls. Fourth, who the fuck wrote the previous sentence? The same guy who four sentences ago forgot, after a decade plus, for a second, what 232 signified, that's who. So my soccer hasn't caught up to my politics in that lamest of gags, or it's passed my politics in that lamest of gags, or, most likely, they still peg. Working on it. Forever.

When did I learn the word “I”?
What a mistake. For some,
it may be a placeholder,
for me it’s a contagion.
For some, it’s a thin line, a bare wisp,
just enough to be somewhere
among the gorgeous troublesome you’s.
For me, it’s a thorn, a spike, its slimness
a deceit, camouflaged like a stick insect:
touch it and it becomes what it is:
ravenous slit, vertical cut, little boy
standing upright in his white
communion suit and black secret.