How Astonishing It Is that Language Can Almost Mean, and Frightening that It Does Not Quite


Jack Gilbert died a year ago today. If I played a Sillyass Deserted Island Five Game with poets, etc... Here's last year's post and all the poems that were posted in the following days:

Jack Gilbert has died. I posted four of his poems two days ago here. Below are four more. Here is an article on Gilbert posted just yesterday. Here is a profile. Here is a review of Gilbert's Collected Poems from earlier this year: make it your Giftmas present to yourself. Here's Harriet.  Here is the Paris Review interview. If you type Jack Gilbert into the search box top left many more of his poems will appear. UPDATE: three more poems for Wednesday here. 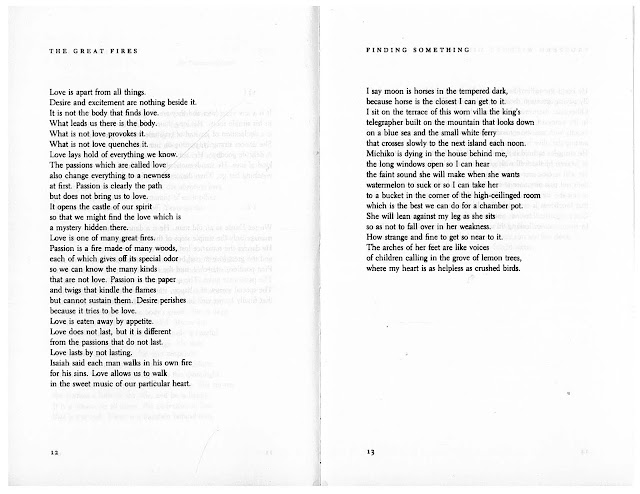 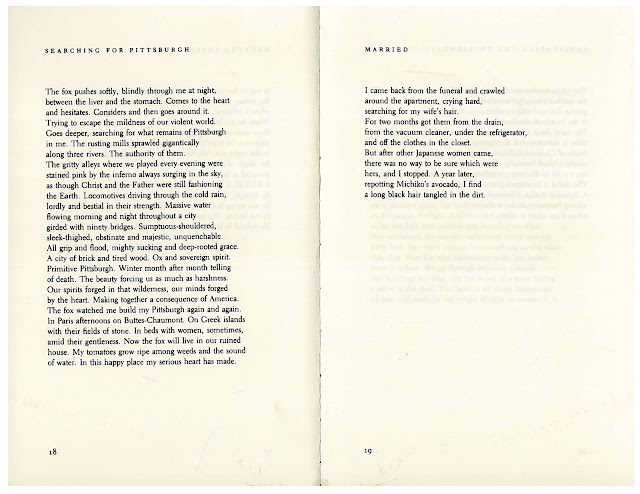 TO SEE IF SOMETHING COMES NEXT

There is nothing here at the top of the valley.
Sky and morning, silence and dry smell
of heavy sunlight on the stone everywhere.
Goats occasionally, and the sound of roosters
in the bright heat where he lives with the dead
woman and purity. Trying to see if something
comes next. Wondering whether he has stalled.
Maybe, he thinks, it is like the No-: whenever
the script says dances, whatever the actor does next
is a dance. If he stands still he is dancing.

A BRIEF FOR THE DEFENSE

Sorrow everywhere. Slaughter everywhere. If babies
are not starving someplace, they are starving
somewhere else. With flies in their nostrils.
But we enjoy our lives because that's what God wants.
Otherwise the mornings before summer dawn would not
be made so fine. The Bengal tiger would not
be fashioned so miraculously well. The poor women
at the fountain are laughing together between
the suffering they have known and the awfulness
in their future, smiling and laughing while somebody
in the village is very sick. There is laughter
every day in the terrible streets of Calcutta,
and the women laugh in the cages of Bombay.
If we deny our happiness, resist our satisfaction,
we lessen the importance of their deprivation.
We must risk delight. We can do without pleasure,
but not delight. Not enjoyment. We must have
the stubbornness to accept our gladness in the ruthless
furnace of this world. To make injustice the only
measure of our attention is to praise the Devil.
If the locomotive of the Lord runs us down,
we should give thanks that the end had magnitude.
We must admit there will be music despite everything.
We stand at the prow again of a small ship
anchored late at night in the tiny port
looking over to the sleeping island: the waterfront
is three shuttered cafés and one naked light burning.
To hear the faint sound of oars in the silence as a rowboat
comes slowly out and then goes back is truly worth
all the years of sorrow that are to come.

THE ABNORMAL IS NOT COURAGE

The Poles rode out from Warwaw against the German
tanks on horses. Rode knowing, in sunlight, with sabers.
A magnitude of beauty that allows me no peace.
And yet this poem would lessen that day. Question
the bravery. Say it's not courage. Call it a passion.
Would say courage isn't that. Not at it's best.
It was impossible, and with form. They rode in sunlight.
Were mangled. But I say courage is not the abnormal.
Not the marvelous act. Not MacBeth with fine speeches.
The worthless can manage in public, for the moment.
It is too near the whore's heart: the bounty of impulse,
and the failure to sustain even small kindness.
Not the marvelous act, but the evident conclusion of being.
Not strangeness, but a leap forward of the same quality.
Accomplishment. The even loyalty. But fresh.
Not the Prodigal Son, not Faustus. But Penelope.
The thing steady and clear. Then the crescendo.
The real form. The culmination. and the exceeding.
Not the surprise. The amazed understanding. The marriage,
not the month's rapture. Not the exception. The beauty
that is of many days. Steady and clear.
It is the normal excellence, of long accomplishment.