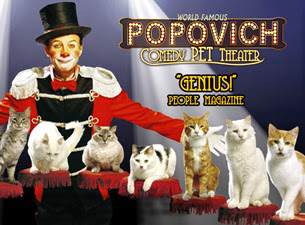 Did you see yesterday's maroon (and bleggalgazing explanation)? Gone. The maroon, not the bleggalgazing: blooger can only one template at a time. As predicted, ended up with Scuba Dog. As requested, dark type on white background and larger print for easier reading. By request, no more bleggalgazing theory today. By request, more bleggalgazing theory soon. By indirect request, I've reduced the number of blogs displayed on page so page loads quicker; use the expansion avatar to see other blogs - no one has been purged. By personal edict, more fuck this and fuck it and a different flavor of damnlessness. I know this looks much better on wider screens than narrower, I don't know what to do to fix it, suggestions solicited. Please let me know of other bugs and shit should you find any (and suggestions how to fix if you know how). I'd say regular programming returns soon, but it never left. Here's Bleggalgazing Anthem Number Two, played here far too often:


Where you are tender, you speak your plural.
Roland Barthes

One version of the story is I wish you back—

that I used each evening evening out
what all day spent wrinkling.


I bought a dress that was so extravagantly feminine
you could see my ovaries through it.

and symbolic troll to make

from a child’s jewelry box.

so your body hears about

how you stole the ring made

from a glittery opiate

and the locket that held candy.

It’s only fair that I present yet another side,

as insidious as it is,

because two sides hold up nothing but each other.

such fancies and toxins form a third wall.

A mean way to end

and I never dreamed we meant it.


Another way of putting it is like
slathering jam on a scrape.

Do sweets soothe pain or simply make it stick?

Which is the worst! So much technology
and no fix for sticky if you can’t taste it.

I mean there’s no relief unless.

So I’m coming, all this excitement,

to your house. To a place where there’s no room for play.

It is possible you’ll lock me out and I’ll finally
focus on making mudcakes look solid in the rain.

In some cultures the story told is slightly different—

as various fish. The twist comes when it is revealed
that the most personally attractive fish have eyes

only on one side and repel each other like magnets.

The starfish is the size of an eraser and does as much damage.

Starfish, the eponymous and still unlikely hero, has

that allow endless permutations so no solid memory,

The story exists even when there are no witnesses,

and these versions tend to be slapstick, as if in a candy

factory the chocolate belted down the conveyor too fast

or everyone turned sideways at the same time by accident.

This little tale tries so hard to be humorous,

wants so badly to win affection and to lodge.

Because nothing is truly forgotten and loved.

So when they levy a critique of an undertaking which,

in their view, overtakes, I take it seriously.

They think one may start a tale off whingy

and wretched in a regular voice.

But when one strikes out whimsically,

as if meta-is-better, as if it isn’t you,

as if this story is happening to nobody

it is only who you are fooling that’s nobody.

The Richards believe you cannot

privately jettison into the sky, just for fun.

You must stack stories from the foundation up.

From the sad heart and the feet tired of supporting it.

Language is architecture, after all, not an air capsule,

not a hang glide. This is real life.

So don’t invite anyone to a house that hasn’t been built.

Because no one unbuilds meticulously

and meticulosity is what allows hearing.

I hear it in order to make others. Mistake.

As it turns out, there is a wrong way to tell this story.

I was wrong to tell you how muti-true everything is,

when it would be truer to say nothing.

I’ve invented so much and prevented more.

But, I’d like to talk with you about other things,

in absolute quiet. In extreme context.

It could have gone so many ways.

This just one of the ways it went.