I Hate It When We're Made of Snot One Minute, Stone So Simple the Next

I still haven't heard from MOCO Animal Services (or whatever they call themselves). The vet is coming to the house today to remove Napoleon's abscess drains. I talked with his receptionist yesterday afternoon when she called to confirm the appointment, she said they haven't heard from MOCO Animal Services either. Planet sent me a link provided to her by The Boyfriend (who had to have a round of rabies vaccinations late last year when a bat got loose in his parents' house - it's now shots in the butt, not the nightmarish shots in the stomach of yesteryear) to the CDC webpage on rabies, it said confinement for cats in similar situations is ten days, not six months.

Further complications: we're planning on driving to Ohio on Sunday to spend four days with Planet. We'd arranged a cat-sitter. We're taking her out to dinner Wednesday night (it had been planned before the Napoleon crisis) and are going to tell her what little, misinformed, contradictory things we know and tell her if she doesn't want to risk a rabies infection, no matter how small the odds, we'll completely understand. Earthgirl says I can ask some of you reading this to make a daily visit to feed the other four and cautiously slide food into Napoleon but (a) I think Beth will be OK and still house-sit and (b) I don't want to ask you. Worse case scenario is Earthgirl goes out to Ohio while I stay home and then when she gets home I go out by myself. 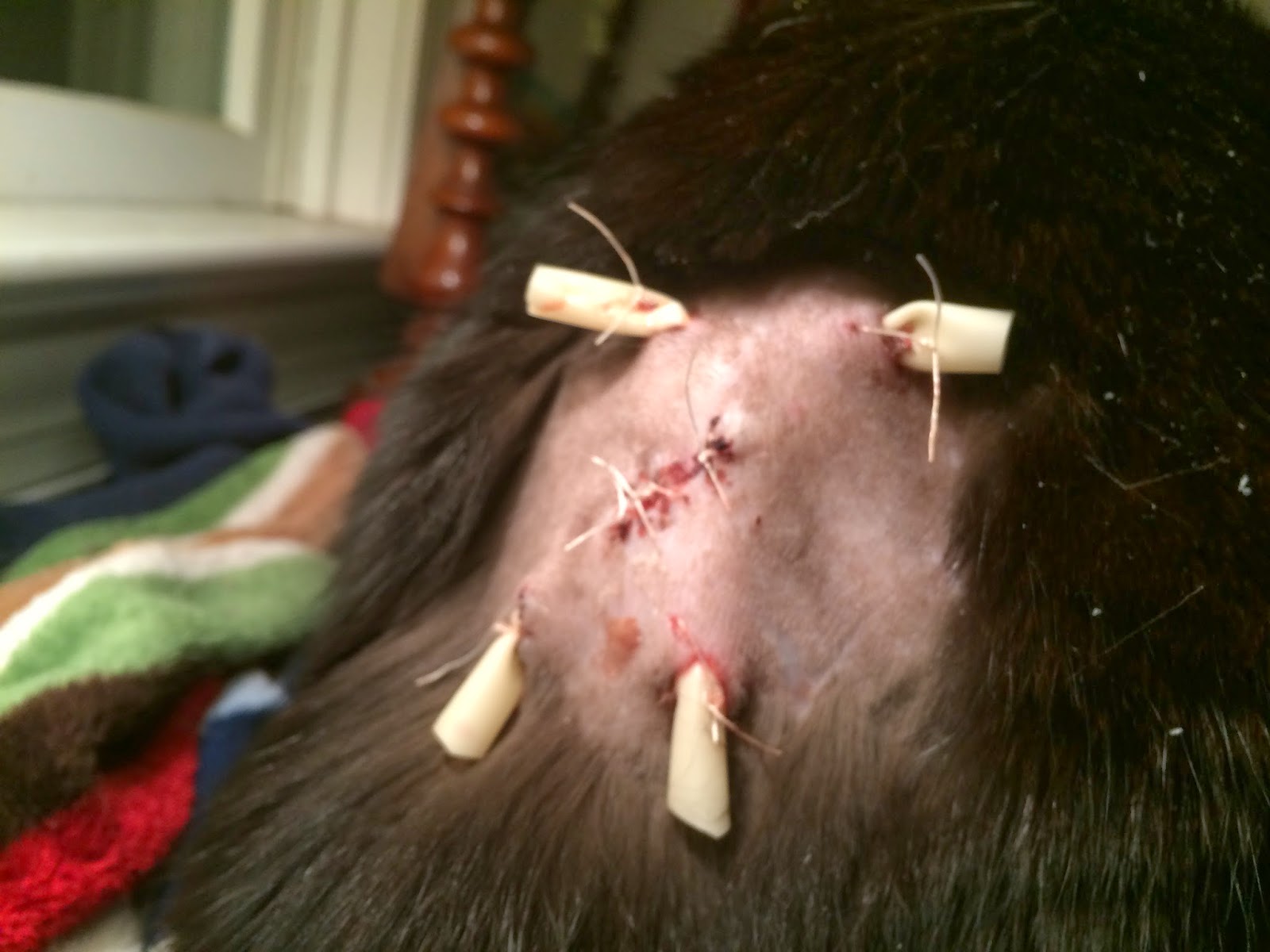 THE SPONGE OF SLEEP

Why waver? He won’t stab me for
when we sat down widely pixillated
between the horizon and the lice.
We’re off to the sea, someone said.
Let’s direct it to us
and our various enjoyment. I hate it when
we’re made of snot one
minute, stone so simple the next.
I would think first,
and then we were there
sooner other than that.

Here’s the flooding group
as if there is
when I reached thirty.
What did Russia
(boxes on the road)…

All this could have been avoided if
we aren’t doing anything.
Serviceberry shot down by squirrels,
you don’t have to thank everybody.
The charm of abuse sings in ways we are not.
Or we can sit and travel, aimless ceremony.
I paint feet. Summer pants. A wave of translation
on the apples, like the friendly air out there.
If they do so, they do so disproportionately
to his three-year-old brother-in-law,
who patted the expats in a purgatorial whisper.
The inside of the crate had expanded exponentially
from carrying one load of artichokes.

Be one of those on whom nothing is lost, advises Henry.
Well, OK. I’m awake. No problem
that I can see, unless it’s running out of raw material,
like, his dog Jerry opted out of the transubstantiation process.
It was ever thus:

Cabochon pluots weighted down with
ananas en belle vue. They drank Salada tea
in a statement.
We just gotta keep that stranded one safe as before,
and getting out of here.
How far is the Old Log Inn?
I’d love to read it.
The woods are sorry for them.
Small rain will land somewhere.