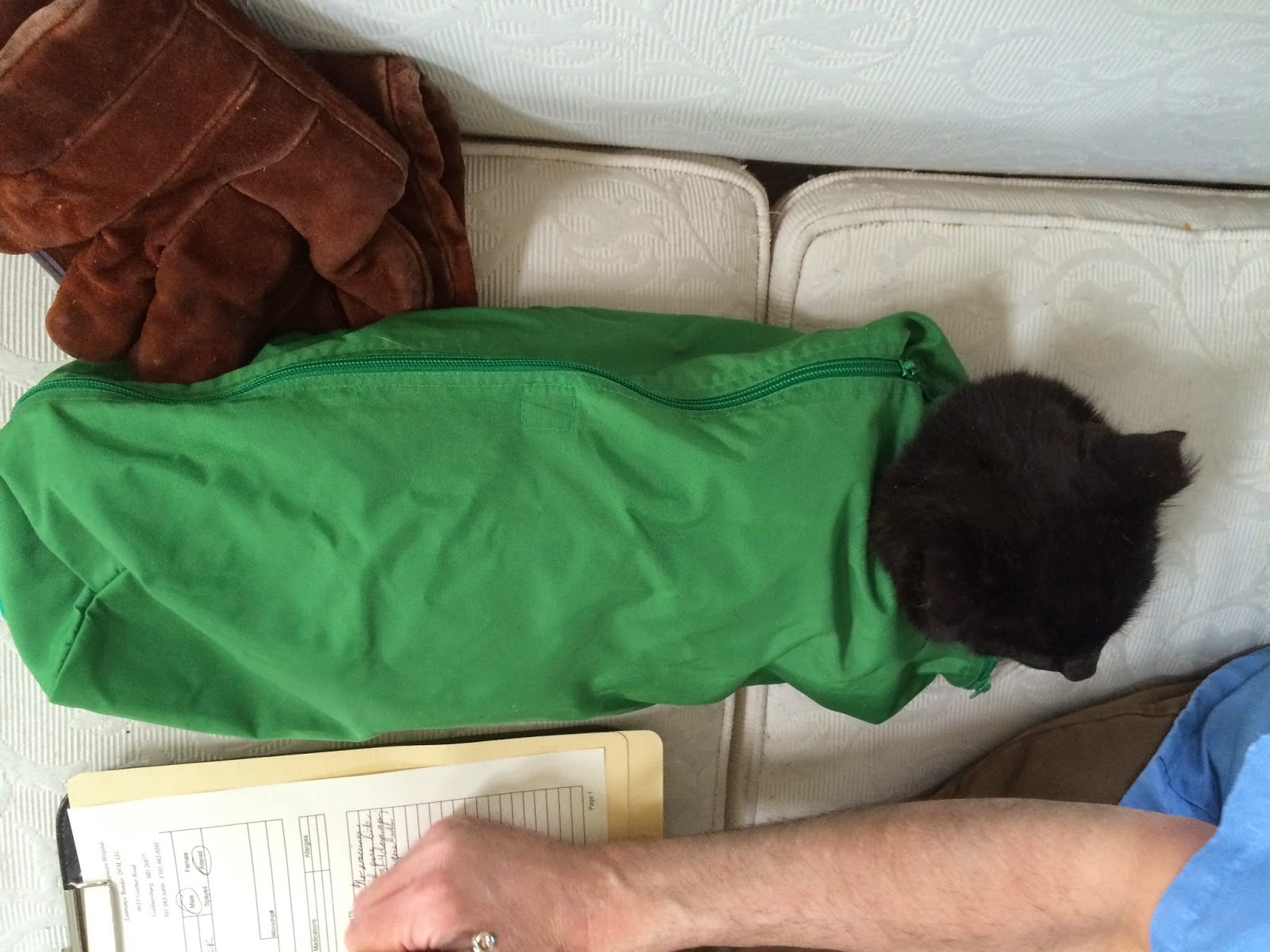 That's Napoleon in a green vet's bag (and the vet's right arm) yesterday afternoon. Three days ago we noticed a bump on his back above the right leg, Thursday night we saw an open would seeping pus. I tried getting him in a cat carrier Friday morning, but that wasn't working, so I called the vet I had made an appointment with for Napoleon and they recommended a vet out of Gaithersburg that makes home visits. Their receptionist asked me to put Napoleon in a bathroom or walk-in closet before vet arrived so if he freaked out he couldn't hide. Vet walked into bathroom, walked out in thirty seconds with Napoleon in a bag.

This is our fault. We've tried to get him into cat carriers in the past couple of years to get him to a vet for rabies shots but his resistance has been such that we were afraid - he was born feral, he comes and goes - he'd be so traumatized by the caging, the vet, the shots, that as soon as we let him out he'd disappear and never come back.

Bite, probably a cat bite, infected, abscessed. Napoleon spent last night recovering from surgery. The vet says though there is a 99% chance it was a cat bite and a 99% chance the cat that bit Napoleon wasn't rabid (he may have been bit countless times before but since none because infected we would never have known), but we are going to need quarantine him for six months in a crate in a room. We can let him out of the crate while we're in the room but he must be in a crate when the door to the room is opened to let us in or out: since there is a 99% chance he won't get rabies there's a 99% chance we won't need to get rabies shots as long as Napoleon is present to present no signs of rabies after six months; if he disappears, it's shots for us. MOCO Animal Control doesn't care whether or not we get shots but is concerned (reasonably) that a possibly rabies infected cat be released outdoors.

IF I TOLD HIM, A COMPLETED PORTRAIT OF PICASSO