The Remainder Can Only Imperceptibly Dwindle, Retreating Backwards Until Their Long Lost Premises Turn Inside Out 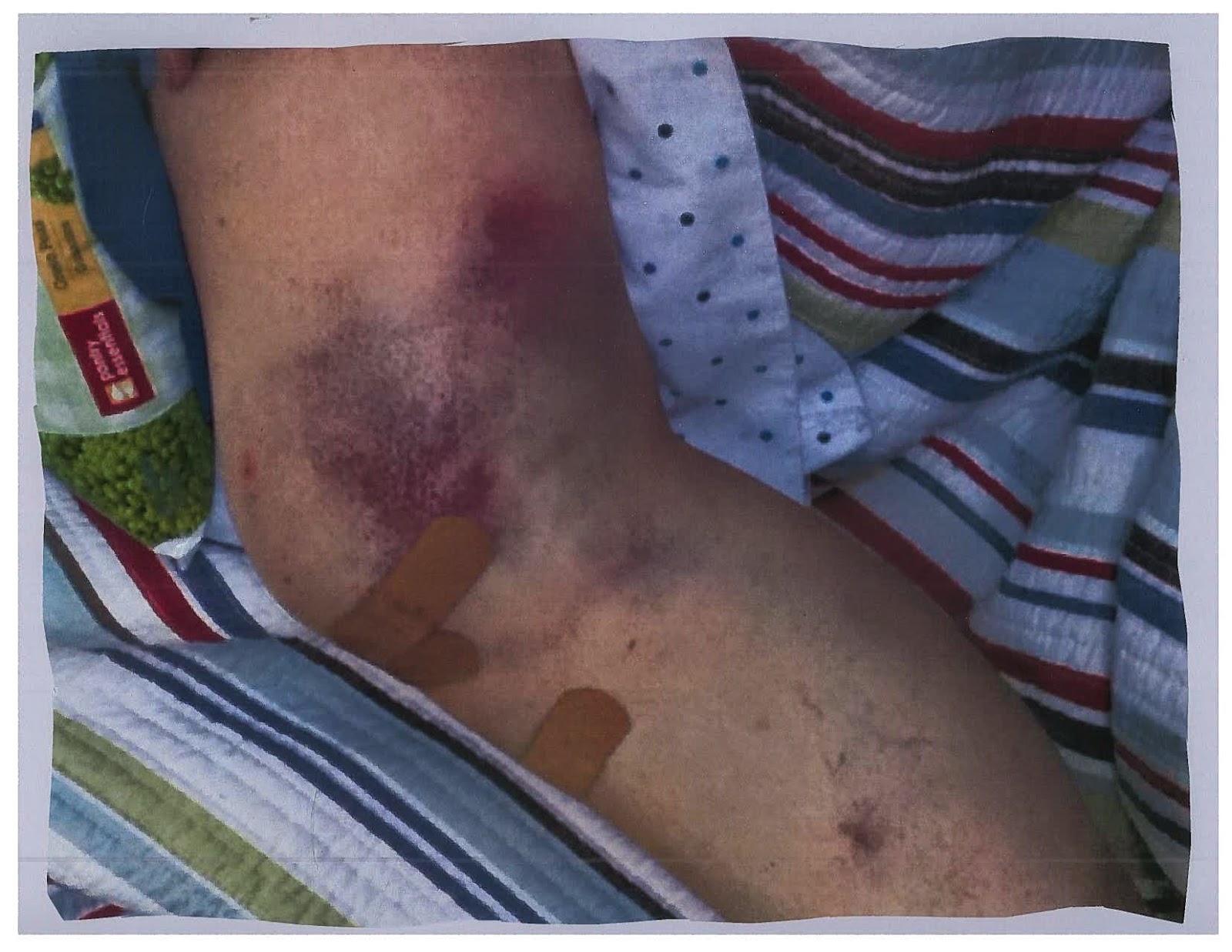 That's Earthgirl's knee last night. Other things we learned from Sunday's hike, by far the most ambitious we've planned since we were twenty years younger. Eat. Eat healthy the night before, healthy in the morning, healthy along the way even if we don't feel hungry. Double our water, drink even if we don't feel thirsty. Stop more, more for the sake of enjoying the wood than for rest, though rest even if we don't feel tired. The next time the guide says "the trail gets considerably more rocky" believe the guide book. Next time one of us falls and bashes a joint or bone, turn around and go home. There will be a next time, goddamn it. And then another, motherfucker. I'd be surprised we get a chance this weekend, at least a long hard hike, that knee is going to be spectacularly marbled and colored for more than a few days.

Regarding the bleggalgaze - (a) when bleggal overlords stop by to see if there's action here then Blegsylvania is dead everywhere and (b) there will be a Pere Ubu post later today or, more likely, tomorrow (with a Henry Cow cascade), and (c): this:

As I emerged from my hip-bath it suddenly dawned
The facts might be remarshalled and shown to rhyme.

Now the era need never end: its coefficients learn
To crack their knuckles, or reach for a handful of silver.

I watch the entangled sums unspool, as if the weight
Of earth pressed fitfully upon their mad proposals.

Stray hints lead across perilous foreclosures, around
Noisy corners, then out into featureless, sandy scrub.

The devolved particulars - a shoe, a mole - reappear
In compounds that seem so explicit one forgets to gasp.

The remainder can only imperceptibly dwindle, retreating
Backwards until their long lost premises turn inside out.