Here Come the Bald Arbiters with Their Eyes on Chains 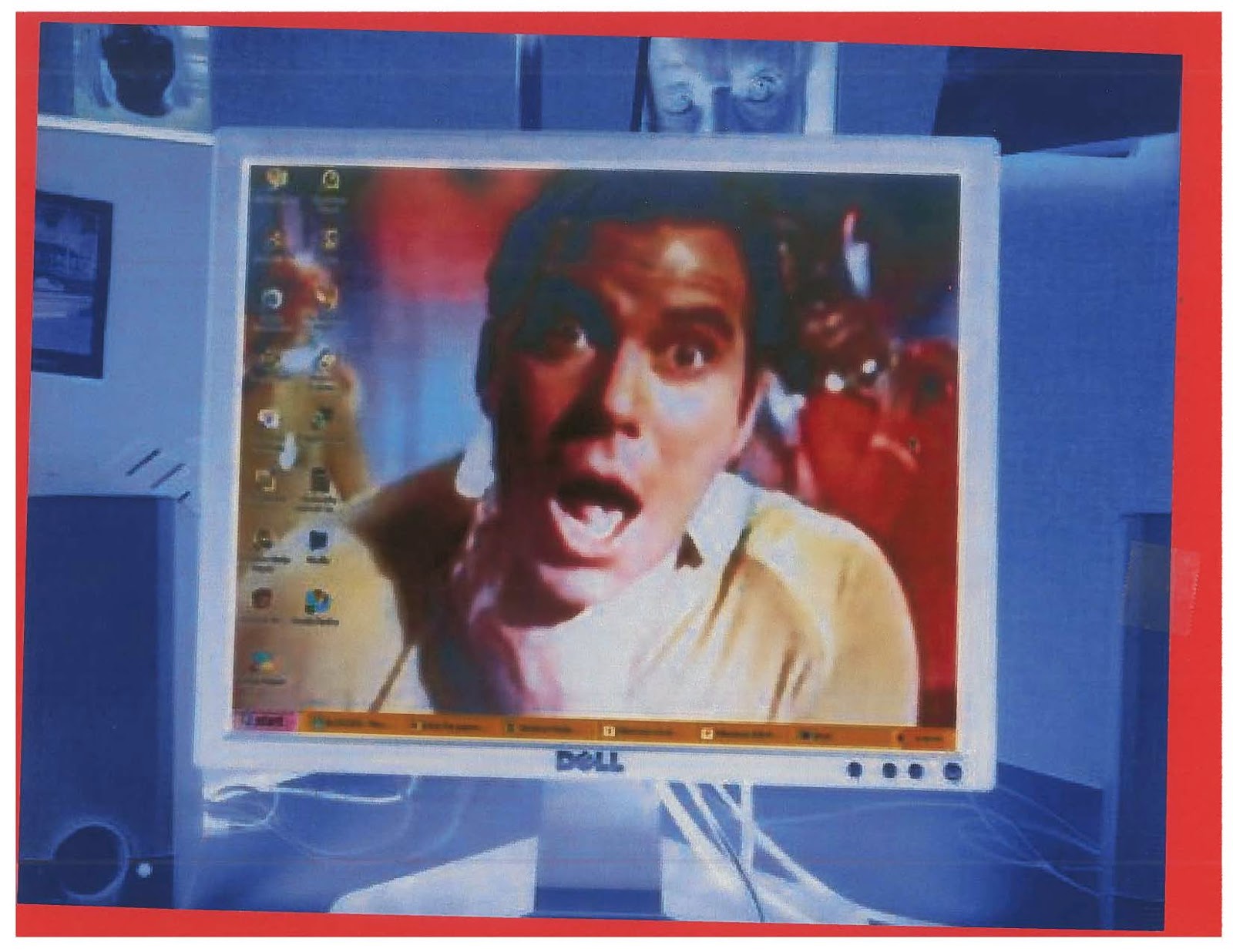 At three friends' encouragement I have been watching Star Trek: Deep Space Nine from beginning to end. I know the original series by heart; when I was managing Crown Books 826 and hired Hamster for a second key, we'd look through a TV Guide and compete to guess the episode by the episode's title (we also had a John McLaughlin head taped to a black file cabinet by the swinging door into the cash register and manager's office area, but that's another story). I know Star Trek: The Next Generation by heart from Season Three to finale: Seasons One and Two SUCK! SUCK! SUCK! and Maria Muldour as Doctor Polanski can send her camel to bed, so much do the first two seasons suck. I remember watching Star Trek: Voyager but nothing much about it other than Seven, second-in-command Chipotle, and Captain Janeway, now a Russian prisoner in some show, Chartreuse Is the New Vermillion, that Earthgirl and Planet watch.

Star Trek: Deep Space Nine - I never got. I never stopped to think why beyond what episodes I saw didn't make me want to care. My friends insist DS9 is vastly superior to Voyager (I have friends with whom I've discussed this who insist those who think DS9 vastly superior to Voyager are fucking nuts). The friends' book and music recommendations to me have been uniformly solid (even if a particular book or musician don't sing to me - I was the poorer receptacle, I can read or hear the merits even if I don't receive right), so I downloaded Netflix and started the series.

I'm in Season Five now: I don't dislike the series, I don't like the series. It does some story lines well, it develops some characters better than others. I really like Rom. I really dislike Deep Space Nine's homages to Star Trek legacies, its stroking of uberfans, which peaked last night when Sisko and Dax and O'Brien and Bashir and Odo beam over to Kirk's enterprise to stop a Klingon spy from stealing a Bejoran magic orb and going back in time to blow up Kirk with a Tribble. That's not the stupid part. (Here's a stupid part: O'Brien sees The Original Series Klingons who don't have face plates, looks at Worf, Worf says, We don't talk about it with outsiders.) Throughout the episode DS9 producers interwove scenes from The Original Series' Tribbles episode into the DS9 episode, superimposing DS9 actors into the scenes. That's fine, that's schtick I can handle. At the very end, though, Sisko, after an episode of We must not take chances to alter the timeline bullshit, alters the timeline to meet and shake hands with Kirk (to no timeline-changing harm, of course). That's not the really stupid part. No, for this scene producers didn't use The Original Series' Tribble episode for Kirk, they used the end of Mirror Mirror when Kirk recognized, on his Enterprise, the body double of the Captain's Woman he'd been banging in the alternative universe, Sisko interposed as the Captain's Woman, I....

I..... but.... fine metap..... am going to play two more  Kate Bush songs and post another John Ashbery poem in anticipation of their upcoming High Holy Days....

Anyone, growing up in a space you hadn't used yet
would've done the same: bother the family's bickering
to head straight into the channel. My, those times
crackled near about us, from sickly melodrama
instead of losing, and the odd confusion... confusion.

I thought if it then, and in the mountains.
During the day we perforated the eponymous city limits
and then some. No one knew all about us
but some knew plenty. It was time to leave that town
for an empty drawer
into which they sailed. Some of the eleven thousand
virgins were getting queasy. I say, stop the ship!
No can do. Here come the bald arbiters
with their eyes on chains, just so, like glasses.
Heck, it's only a muskrat
that's seen better years, when things were medieval
and gold....

So you people in the front,
leave. You see them. And you understand it all.
It doesn't end, night's sorcery notwithstanding.
Would you have preferred to be a grownup in earlier times
than the child can contain or imagine?
Or is right now the answer - you know, the radio
we heard news on late at night,
out checkered fortunes so pretty.
Here's your ton of plumes, and your Red Seal Recors.
The whole embrace.