He Hears Particular Voices Among the Concert, the Slightest Rustle in the Undertones, Rehearsing a Nervous Aptitude Yet to Prove *His* 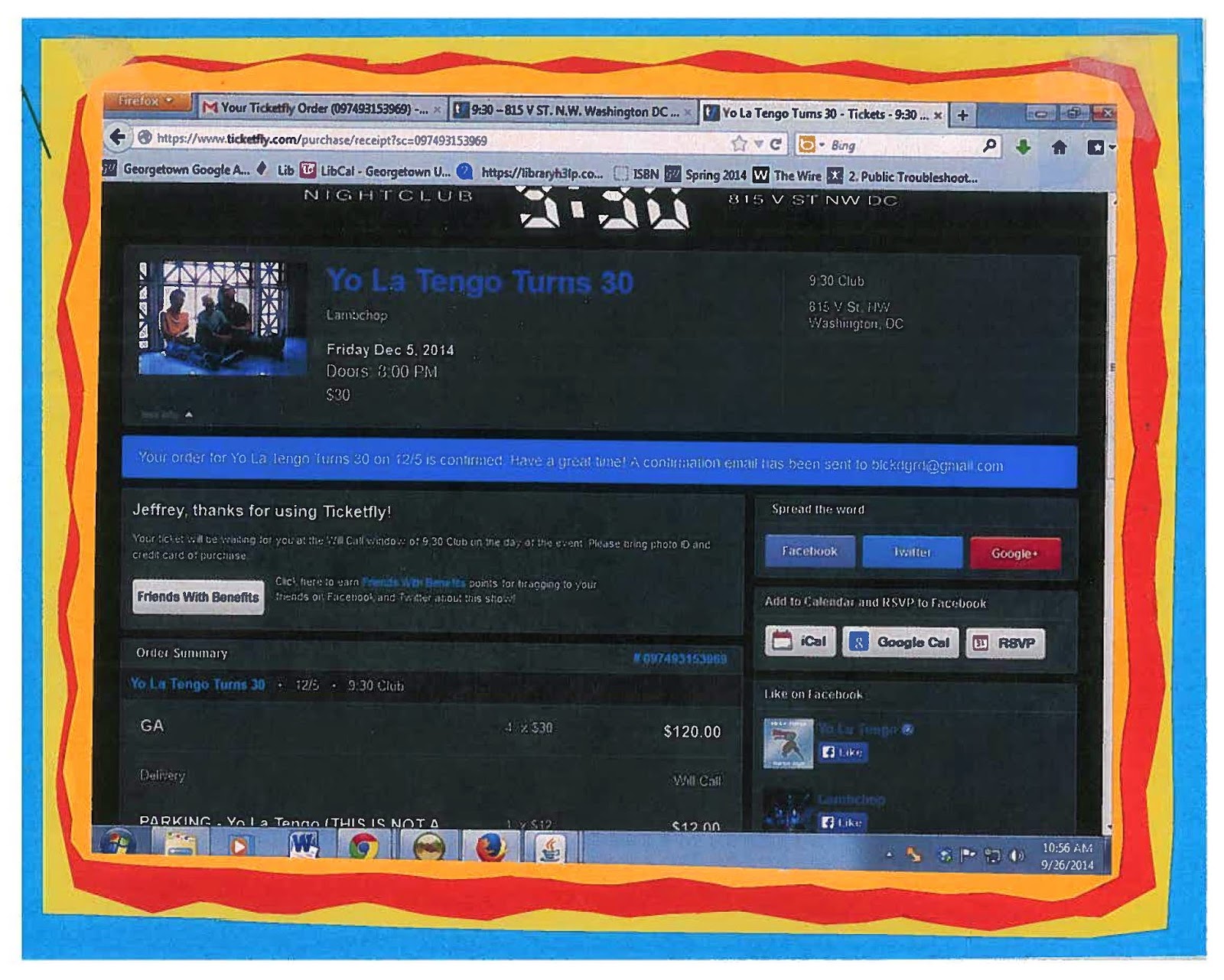 Was cleaning up my email yesterday morning, got my monthly email from Rams Head Tavern in Annapolis, I use it to remind me to check for concerts I might want to see. Nothing coming to Rams Head I want to see. The email also has a link to 930, scroll down, scroll down, nothing, scroll down, December 5, wait, Yo La Tengo Turns 30 with opening act Lambchop?