Z to Almost G, with Map

Earthgirl asked me if I'd posted these and after I said I hadn't she asked if I would. These are from a week ago today, two videos of the drive to Ohio to visit Planet, from entering Zanesville on I-70, getting off at State St, turning left on Ohio 146, turning right after fourteen miles on Ohio 586. After eighteen miles on Ohio 586 - and after 586 becomes contiguous with US 62 for two hundred yards before forking left then two hundred yards farther on US 62 - turning left on Grove Church Road then left on Beckholt Road which changes to Big Run Road at the crossroads with Hopewell Road to just short of the Big Run Road bridge over the Kokosing River. My camera, with a fully-charged battery, ran out of charge two miles from Gambier. As for the two youtubes, the camera broke it in two, I didn't. As for the whip-around carsick-inducing directorial style of Earthgirl, the bounciness at least wasn't her fault - cars bounce. And you get the soundtrack. Especially dig the second song on the first youtube, a gorgeous Victoria Williams song of joy. As for the map below, it's just been updated, the highlighted are the roads we've driven during Planet's almost finished four years at college. Not seen are the highlights above and below the folds. I'm guessing from US 30 south to I-70 is forty miles and 77 west to Delaware is fifty, so 2000 square miles. There are at least five times as many miles on county and township roads within that box I haven't - and won't - drive than I have. I have three - at best - more times of this drive. Hence the archiving. 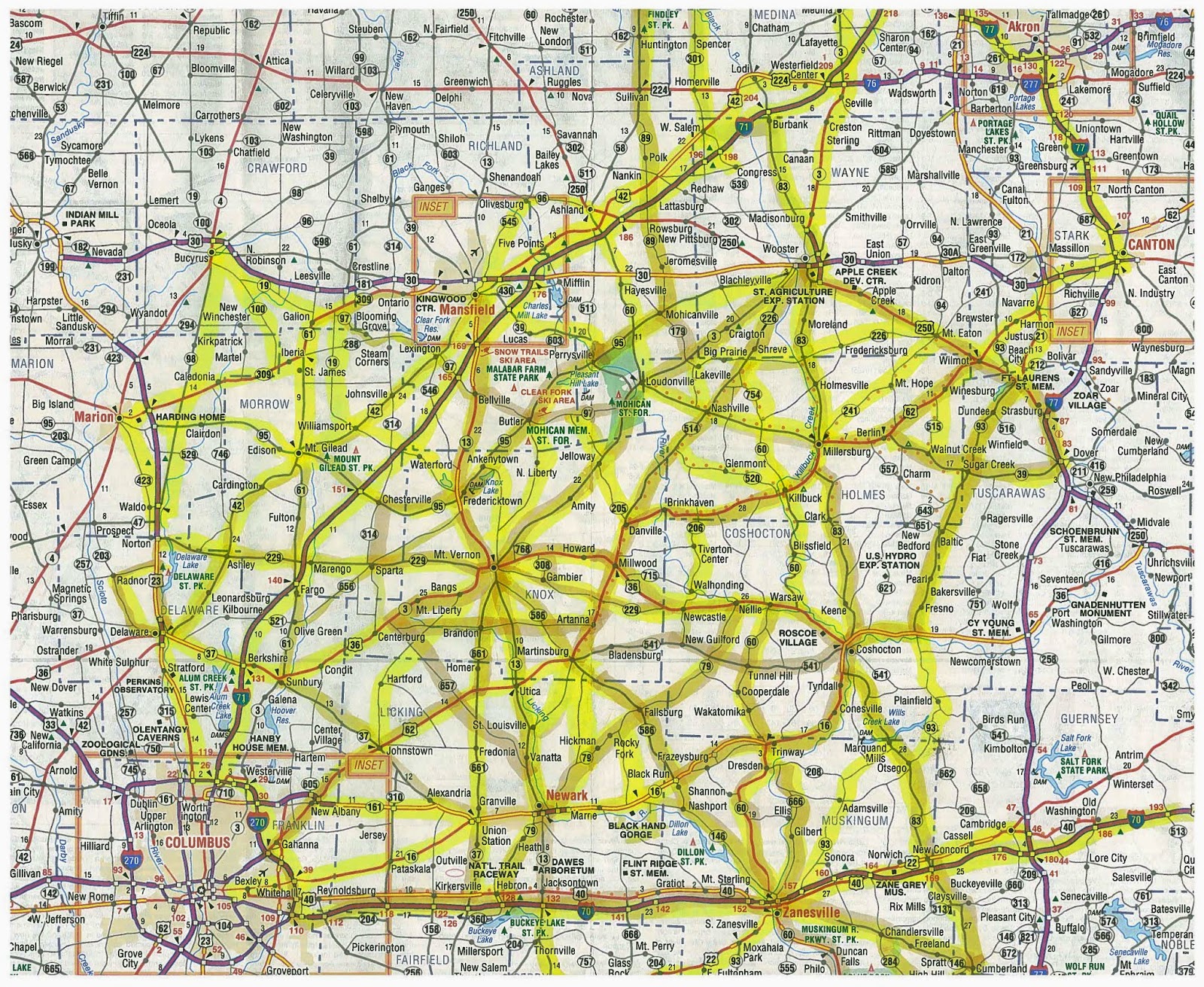 Email ThisBlogThis!Share to TwitterShare to FacebookShare to Pinterest
Labels: Brazen Blogwhoring and Attention Sluttery, Fuck Me, If I Ever Kill This Fucking Blog This Is the Front Page I Want on the Blog's Tombstone, MSADI5G, Music, My Complicity, My Favorite Post Ever, Tripping