Showing Me Serpents and Thin Flowers 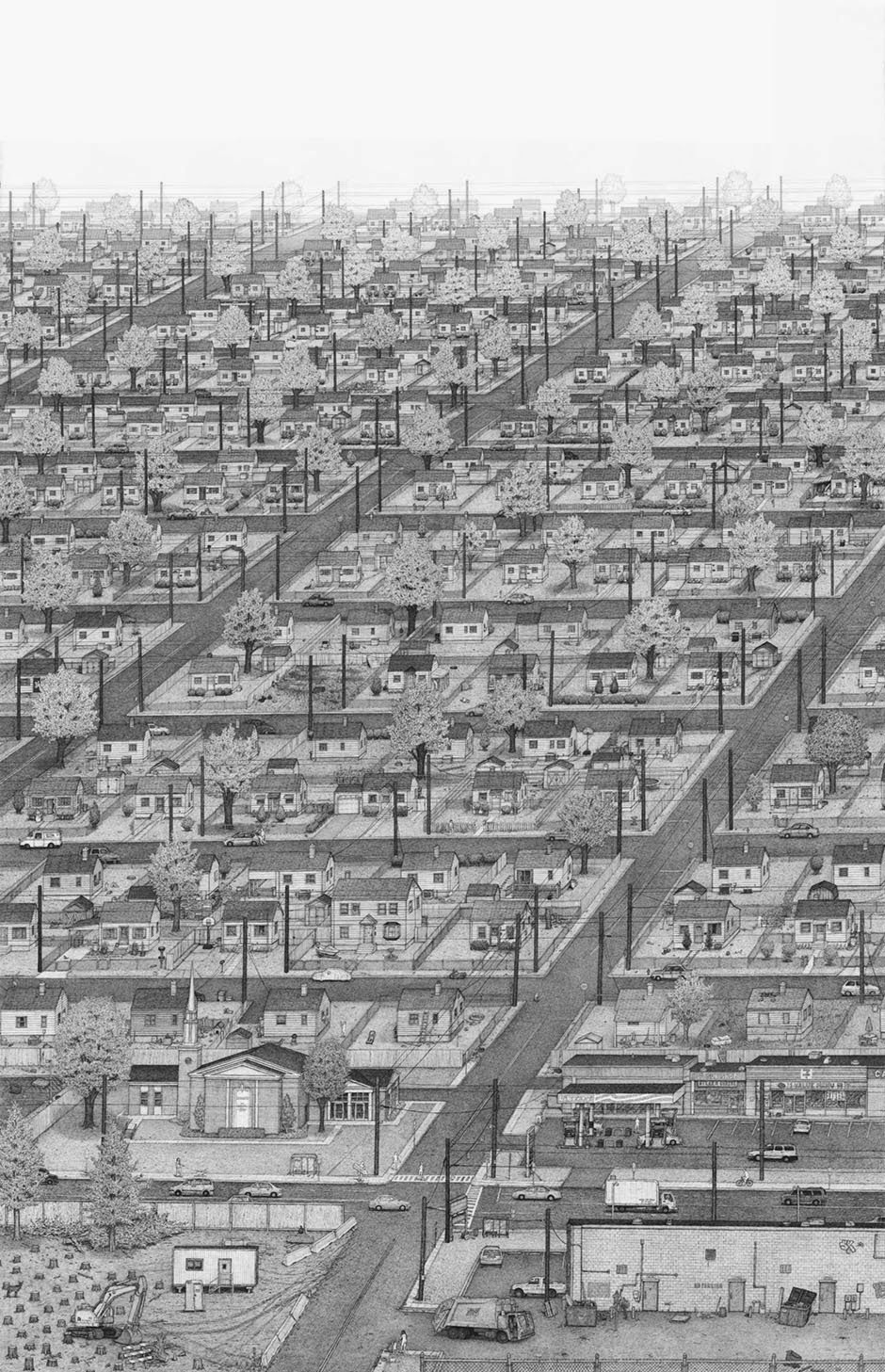 Above, growing up in Wheaton (and other drawings) by Ben Tolman. If you draw a circle from my house with a three mile radius within that circle are downtown Bethesda, downtown Rockville, downtown Silver Spring, and downtown Wheaton. This is related to - and there's no point paraphrasing myself though I admit this is further proof, as if any was needed, I write the same post over and over -automocoblogography and this quote from William Gass' The Tunnel which I always use on his birthday:

THE SONG OF THE DEMENTED PRIEST

I put those things there.—See them burn.
The emerald the azure and the gold
Hiss and crack, the blues & greens of the world
As if I were tired. Someone interferes
Everywhere with me. The clouds, the clouds are torn
In ways I do not understand or love.


Licking my long lips, I looked upon God
And he flamed and he was friendlier
Than you were, and he was small. Showing me
Serpents and thin flowers; these were cold.
Dominion waved & glittered like the flare
From ice under a small sun. I wonder.


Afterward the violent and formal dancers
Came out, shaking their pithless heads.
I would instruct them but I cannot now,—
Because of the elements. They rise and move,
I nod a dance and they dance in the rain
In my red coat. I am the king of the dead.