The Avalanches and Private Tornadoes of Just Being a Gnome

We hiked both Saturday and Sunday. Rigorous, no, but we were in the woods, we got some elevation for our lungs and twelve miles for our legs after two months of fucking winter. Next weekend, some serious elevation so we can judge where we are. We are stupid ambitious this year: we want to go places we can only get to with backpacks and a tent. We are not so stupid as to go in blind, buying equipment, doing it wrong, wasting money, ruining the experience with inexcusable incompetence - it's been 30 years since I backpacked regularly. We've enrolled in a PATC backpacking class, three classes including an overnight in Shenandoah. Expect me to volunteer for one day a month volunteer trail work. Expect me to make this my new devotion, expect me to yodel about my new true love like I've yodeled for all my ex-loves. I am for me, Ulrich of Voll, I give myself to this year's remake/remodel as proof I can still fervently believe in nothing because I always need to believe in something.

The frogs - or are they toads? Thunder, are you still here? might you know what these are? - from yesterday. On the way there was unexpected traffic, I toggled to the local news-radio station for a traffic update, stayed through weather. It was the top of the hour so right after the weather the main announcer came on to tease upcoming stories. And Ted Cruz will announce his candidacy for the Republican nomination tomorrow in Virginia, said the professional voice. Who's Ted Cruz, asked Earthgirl. Some fuck, I said. They're all fucks, Earthgirl said. We hiked for three hours, it never came up again.

We did - Earthgirl can vouch - run into this guy on the trail yesterday: 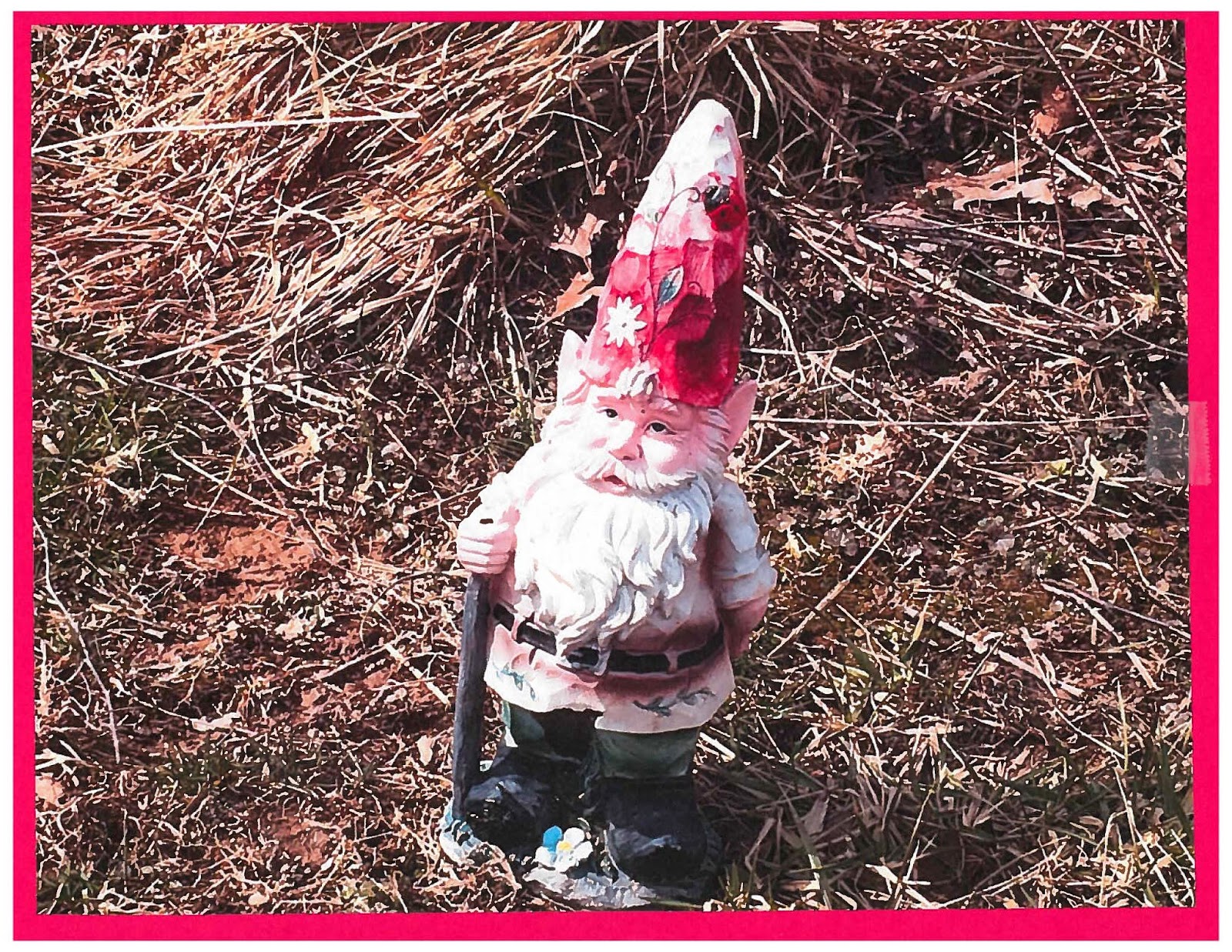 SHROUD OF THE GNOME

And what amazes me is that none of our modern inventions
surprise or interest him, even a little. I tell him
it is time he got his booster shots, but then
I realize I have no power over him whatsoever.
He becomes increasingly light-footed until I lose sight
of him downtown between the federal building and
the post office. A registered nurse is taking her
coffee break. I myself needed a break, so I sat down
next to her at the counter. "Don't mind me," I said,
"I'm just a hungry little Gnostic in need of a sandwich."
(This old line of mine had met with great success
on any number of previous occasions.) I thought,
a deaf, dumb, and blind nurse, sounds ideal!
But then I remembered that some of the earliest
Paleolithic office workers also feigned blindness
when approached by nonoffice workers, so I paid my bill
and disappeared down an alley where I composed myself.
Amidst the piles of outcast citizenry and burning barrels
of waste and rot, the plump rats darting freely,
the havoc of blown newspapers, lay the little shroud
of my lost friend: small and gray and threadbare,
windworn by the ages of scurrying hither and thither,
battered by the avalanches and private tornadoes
of just being a gnome, but surely there were good times, too.
And now, rejuvenated by the wind, the shroud moves forward,
hesitates, dances sideways, brushes my foot as if for a kiss,
and flies upward, whistling a little-known ballad
about the pitiful, raw etiquette of the underworld.