Dark Days When I Awaken So I Slump 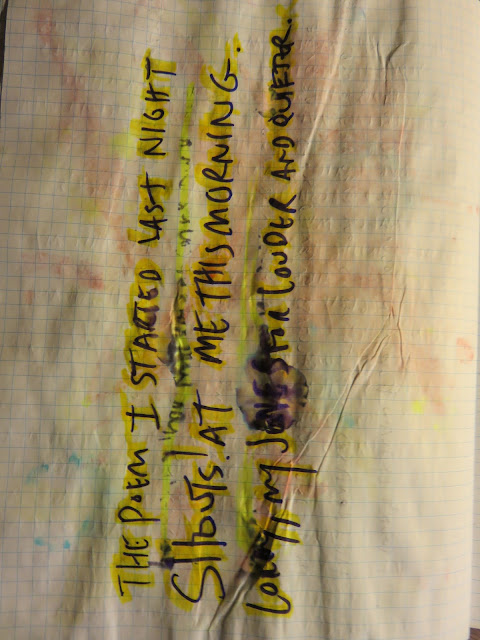 Dark days when I awaken so I slump
back to the swamp of his armpit, a whit

from the arachnid he inked to the stump
that's left. So close to the vestige of it,


the danger he's a reliquary of:
tattooed noose to venerate the fist

of a slug buried still in his butt above
a white cross for the men he didn't miss.
If only I could strip off the black map
I sleep against and be his liniment,

gloss over the explosion, the mishap
phantom he feels in a forearm itch.
He won't leave the long tale his tattoos read
for me, so I amend the story.

Email ThisBlogThis!Share to TwitterShare to FacebookShare to Pinterest
Labels: About That Ceasing Seething, Autoblogography, Brazen Blogwhoring and Attention Sluttery, Fuck It, Fuck Me, Fuck This, Music, My Complicity, My Cowardice, My Inability to Shut the Fuck Up, Poem, Shostakovich