I'd Often Veer Off to Follow Some Feral Distraction 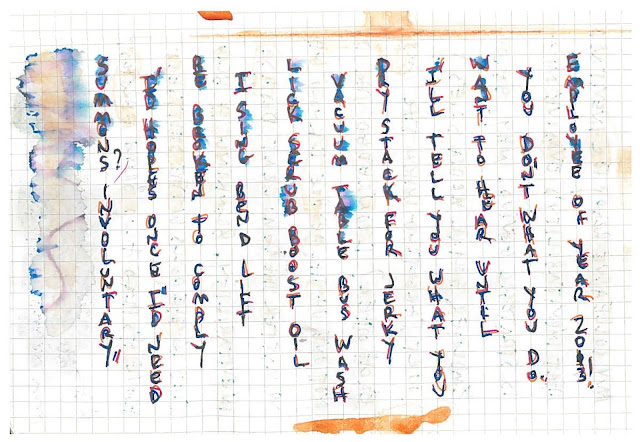 This time I came to the starting place
with my best running shoes, and pure speed
held back for the finish, came with only love
of the clock and the underfootingf
and the other runners. Each of us would
be testing excellence and endurance


in the other, though in the past I’d often
veer off to follow some feral distraction
down a side path, allowing myself
to pursue something odd or beautiful,
becoming acquainted with a few of the ways
not to blame myself for failing to succeed.


I had come to believe what’s beautiful
had more to do with daring
to take yourself seriously, to stay
the course, whatever the course might be.
The person in front seemed ready to fade,
his long, graceful stride shortening


as I came up along his side. I was sure now
I’d at least exceed my best time.
But the man with the famous final kick
already had begun his move. Beautiful, I heard
a spectator say, as if something inevitable
about to come from nowhere was again on its way.

Email ThisBlogThis!Share to TwitterShare to FacebookShare to Pinterest
Labels: About That Ceasing Seething, Birthdays, Brazen Blogwhoring and Attention Sluttery, Cascade, Fuck It, Fuck Me, Fuck This, MSADI5G, Music, My Complicity, My Inability to Shut the Fuck Up, Poem, XTC
Newer Post Older Post Home