My Theory Is Simple-Minded to Be Sure 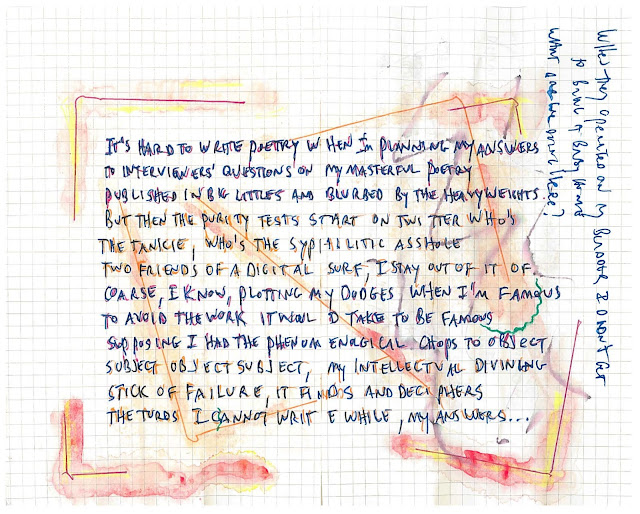 Napoleon’s hat is an obvious choice I guess to list as a famous hat, but that’s not the hat I have in mind. That was his hat for show. I am thinking of his private bathing cap, which in all honesty wasn’t much different than the one any jerk might buy at a corner drugstore now, except for two minor eccentricities. The first one isn’t even funny: Simply it was a white rubber bathing cap, but too small. Napoleon led such a hectic life ever since his childhood, even farther back than that, that he never had a chance to buy a new bathing cap and still as a grown-up--well, he didn’t really grow that much, but his head did: He was a pinhead at birth, and he used, until his death really, the same little tiny bathing cap that he was born in, and this meant that later it was very painful to him and gave him many headaches, as if he needed more. So, he had to vaseline his skull like crazy to even get the thing on. The second eccentricity was that it was a tricorn bathing cap. Scholars like to make a lot out of this, and it would be easy to do. My theory is simple-minded to be sure: that beneath his public head there was another head and it was a pyramid or something.

Email ThisBlogThis!Share to TwitterShare to FacebookShare to Pinterest
Labels: A Friend Emailed & Asked Me Questions About My Poetry - Let This Be a Warning to All, Brazen Blogwhoring and Attention Sluttery, Fuck Me, MSADI5G, Music, My Complicity, My Inability to Shut the Fuck Up