In My Latest Blogpolar Circuit, Verizon Warns Me It's Expensive to Text from Canada 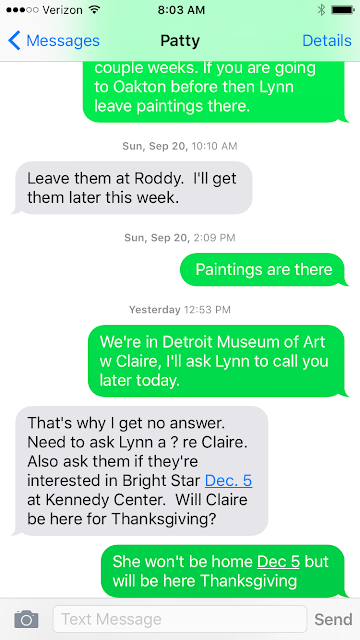 Well, it doesn't prove Cleveland last year or the stain-glassed room this year, but people can vouch. Last section of photos from the aquarium on Belle Isle, in the middle of the Detroit River between Detroit and Windsor Ontario. We entered and drove counter-clockwise south then east then north on the island's circuit, as we approached the northern end my phone began chirping, Verizon frantically sending me texts telling me how fucked in the wallet I will be if I call, text, and send mail from Canada. A Michigan Department of Natural Resources officer assured me I was still in the United States. We stopped at the Belle Island Aquarium, remarkable more for the structure than the fish. Why am I telling you this? Why am I reverting to a format that implies intimacy between you and me in a voice I promised myself - I can vouch, you can probably too - I would never again use, ever ever ever, fuck this, fuck this blog, fuck me, just this past Wednesday? Here's me, who promised himself never to post of photo of myself, on the other side of a fish tank from Planet's camera, to tell you. 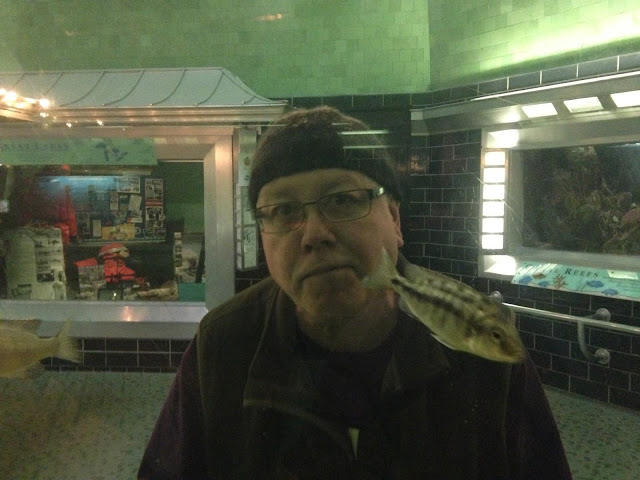 Email ThisBlogThis!Share to TwitterShare to FacebookShare to Pinterest
Labels: Brazen Blogwhoring and Attention Sluttery, Fine Metaphors Abound, My Complicity, My Favorite Post Ever, My Inability to Shut the Fuck Up, Tripping