Scrub Brush Abhorred Him with a Horde of Welts 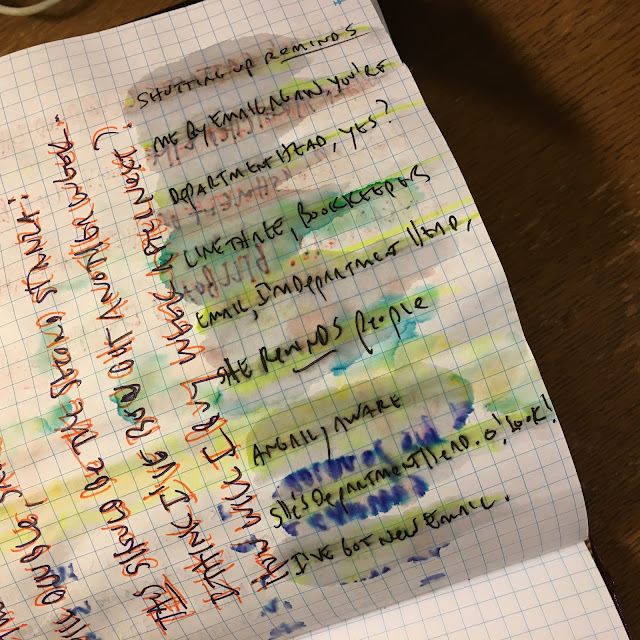 Without intending to hide,
the imagined copperhead
hid on the path ahead,
unseen on bronze leaves, unheard,
and a mortal likelihood
at every step. This was childhood,
mine, the wood’s jihad
against a boy who’d
intruded among monkshood,
wasp, tick, and nettles haired
with needles. Scrub brush abhorred
him with a horde
of  welts, bites, and stings, but he’d
never seen a copperhead,
though he’d looked hard
taking, as he’d been ordered, heed.
The snake wasn’t a falsehood,
though, to him. Dread
was his nature, and he hared
through sunlight and shade, head
swiveling for the copperhead
he’d begun to covet, the ballyhooed
killer a camouflaged godhead
on which his inborn faith cohered,
and his priesthood.

Email ThisBlogThis!Share to TwitterShare to FacebookShare to Pinterest
Labels: About That Ceasing Seething, Brazen Blogwhoring and Attention Sluttery, Dead Blegsylvania, Fuck Me, Music, My Complicity, My Inability to Shut the Fuck Up