Cows, for Example, Find Each Part of Themselves Traveling at a Different Rate of Speed 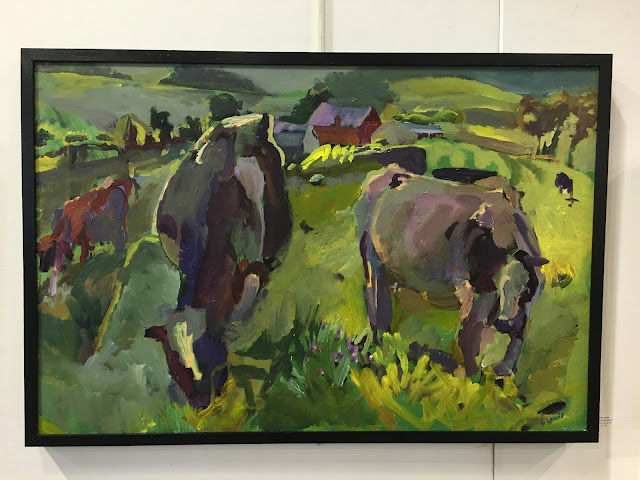 
Holyfuck, I love that song. One of my Clash stories: in 1982 Pete Townsend asked Strummer if The Clash wanted to open for The Who for stadium shows in support of the Who's It's Hard tour, and in September Blondie and me and Evinkay Kinnersay got in my green Ford Valiant and drove to JFK Stadium in Philly for the show. Good blotter was involved, just a quarter tab for me (I was driving after all), two full for Blondie, who knows how many for Evinkay, he was the provider, that and beer comprising his gas money. Blondie promptly disappeared into the stadium crowd after seeing one of the hundreds of thousands of best friends she had - this was her act; what charmed me was the once in a while she ditched others to be with me - and Kinner ran into a friend w/blow and disappeared (I was invited, but this is true, loved ones can vouch - blow never worked on me. Zip, zero. I'd tell people this and they would lay out $$$'s worth of lines and I'd say, you're wasting your money, and they'd dare me: they wasted their money) and I didn't see Blondie for two weeks or Kinner for three. I had a good jangle, my car keys, I didn't freak out, I got down near the front on the infield. I'd seen The Clash before, had seen them when they were on and into the show; they were neither on or into the show. Who fans booed them. Joe said, leaving the stage, Fuck You, Philadelphia.

About Strummer: youngsters, The Clash were not the only band that mattered, but they did matter, and they were on the daily soundtrack once.

Lots of Clash at those two. When I put Strummer on the iPod now, it's the Mescalaros.


FOUR QUESTIONS REGARDING THE DREAMS OF ANIMALS