I’m going to have a lot more to say about the Democratic party, neoliberals, Obama and Clinton later, for now I simply note that the most important thing, for those who control the liberal party, is retaining control over the liberal party.

I note also that they genuinely believe in neoliberalism. They genuinely don’t want a $15/minimum wage and will only grudgingly give on something as basic (and really, minor to them) as that.

I mean this exactly as I say it: the policies they prefer make the middle class poor, and make the poor poorer and have for 40 years.

This is who they are. This is what they want.

They are the enemy of all people who prioritize any form of kindness to other human beings.  Whether they are better than Trump is irrelevant, they’re just another group of enemies.

The establishment wing has made it very clear that they will do anything and everything to hold down the left faction, even as they rather hilariously ask the left faction to look above their differences and unify in these trying times. They do not have any intent of ceding anything — even small things they claim are mostly irrelevant — to the left wing.

Of course, that’s their prerogative and there is nothing underhanded about trying to beat your ideological opponents in a fair election. But if they do not care about the left, the left should not care about them.

Alt-right tree in Meadowside, MOCO, we didn't have a lot of time yesterday, were near, haven't been there since an Epod in the late seventies. Ask Elric, he was there. 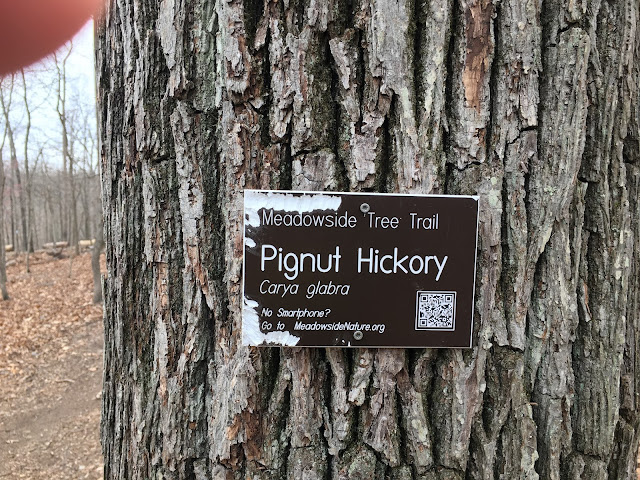 
People pray to each other. The way I say "you" to someone else,
respectfully, intimately, desperately. The way someone says
"you" to me, hopefully, expectantly, intensely ...
—Huub Oosterhuis

Here ... well, wanting solitude; and talk; friendship—
The uses of solitude. To imagine; to hear.
Learning braille. To imagine other solitudes.
But they will not be mine;
to wait, in the quiet; not to scatter the voices—

What are you afraid of?

What will happen. All this leaving. And meetings, yes. But death.
What happens when you die?

Drown out. Not make a house, out of my own words. To be quiet in
another throat; other eyes; listen for what it is like there. What
word. What silence. Allowing. Uncertain: to drift, in the
restlessness ... Repose. To run like water—

Listen: the crowding of the street; the room. Everyone hunches in
against the crowding; holding their breath: against dread.

What do you dread?

What happens when you die?

What do you dread, in this room, now?

Not listening. Now. Not watching. Safe inside my own skin.
To die, not having listened. Not having asked ... To have scattered
life.

Yes I know: the thread you have to keep finding, over again, to
follow it back to life; I know. Impossible, sometimes.

Email ThisBlogThis!Share to TwitterShare to FacebookShare to Pinterest
Labels: About That Ceasing Seething, Brazen Blogwhoring and Attention Sluttery, Dead Blegsylvania, Fuck Me, Futile Weekend Blogging, Music, My Complicity, My Inability to Shut the Fuck Up