Still One More Year of Preparation

Two days ago I trolled a local news blog over the fake country of North Bethesda: 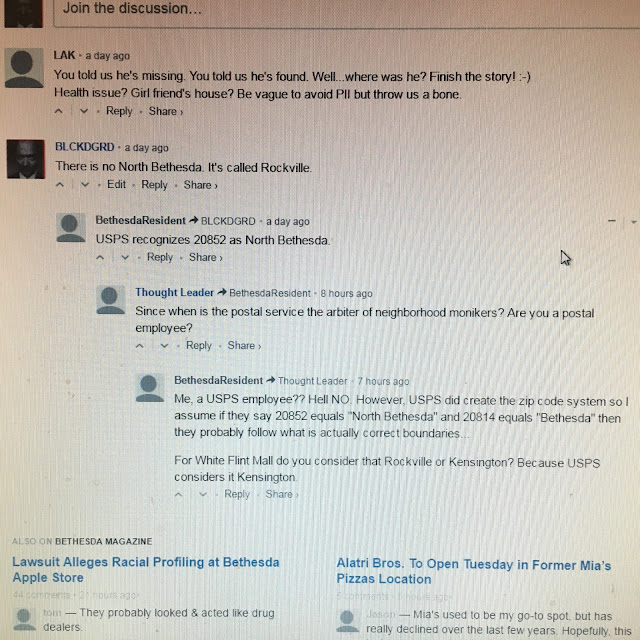 I haven't learned yet to speak as I should, calmly.
Posted by BDR at 7:38 AM

Email ThisBlogThis!Share to TwitterShare to FacebookShare to Pinterest
Labels: Another Attempt to Shut the Fuck Up, Brazen Blogwhoring and Attention Sluttery, Fuck Me, Incoherentest, Milosz, MSADI5G, Music, My Complicity, My Inability to Shut the Fuck Up