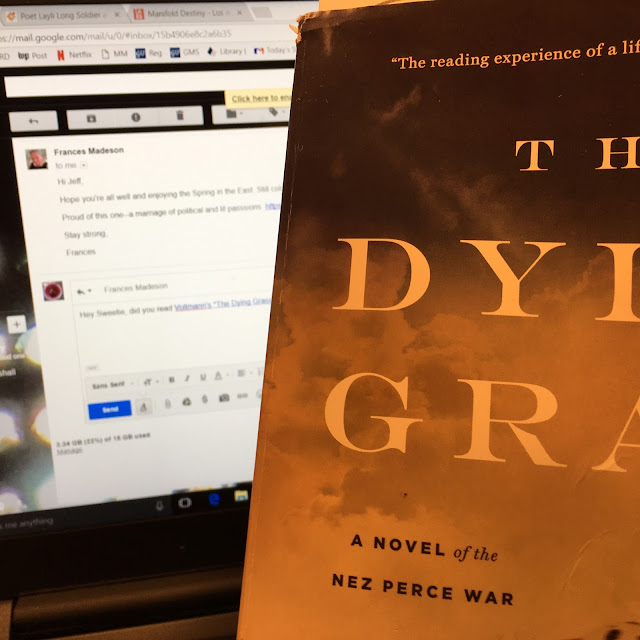 
Today it’s going to cost us twenty dollars
To live. Five for a softball. Four for a book,
A handful of ones for coffee and two sweet rolls,
Bus fare, rosin for your mother’s violin.
We’re completing our task. The tip I left
For the waitress filters down
Like rain, wetting the new roots of a child
Perhaps, a belligerent cat that won’t let go
Of a balled sock until there’s chicken to eat.
As far as I can tell, daughter, it works like this:
You buy bread from a grocery, a bag of apples
From a fruit stand, and what coins
Are passed on helps others buy pencils, glue,
Tickets to a movie in which laughter
Is thrown into their faces.
If we buy a goldfish, someone tries on a hat.
If we buy crayons, someone walks home with a broom.
A tip, a small purchase here and there,
And things just keep going. I guess.

Email ThisBlogThis!Share to TwitterShare to FacebookShare to Pinterest
Labels: Aargocalyptic, Be Kind Motherfuckers, Books, Brazen Blogwhoring and Attention Sluttery, Dead Blegsylvania, Fuck Me, Fuck This, Music, My Blindness, My Complicity, My Inability to Shut the Fuck Up, Vollmann