And All of Us Who Knew Our Place and Prayers 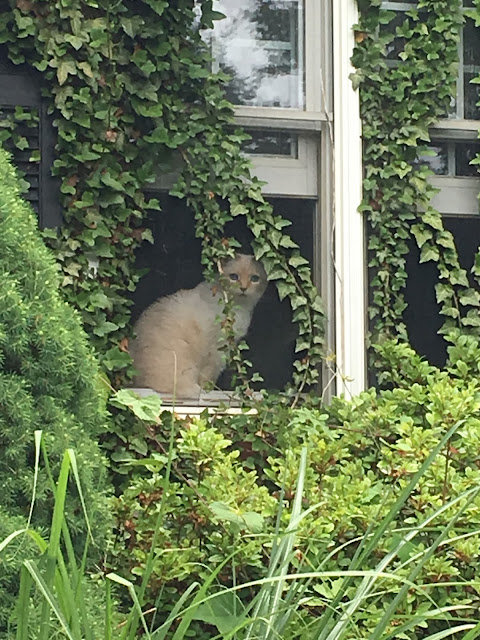 It began at dawn with fighter planes:
they came in off the sea and didn’t rise,
they leaped the sandbar one and one and one
coming so fast the crockery they shook down
off my kitchen shelves was spinning in the air
when they were gone.

They came in off the sea and drew a wave
of lagging cannon-shells across our roofs.
Windows spat glass, a truck took sudden fire,
out leaped the driver, but the truck ran on,
growing enormous, shambling by our street-doors,
coming and coming …

By every right in town, by every average
we knew of in the world, it had to stop,
fetch up against a building, fall to rubble
from pure force of burning, for its whole
body and substance were consumed with heat
but it would not stop.

And all of us who knew our place and prayers
clutched our verandah-rails and window-sills,
begging that truck between our teeth to halt,
keep going, vanish, strike … but set us free.
And then we saw the wild boys of the street
go running after it.

And as they followed, cheering, on it crept,
windshield melting now, canopy-frame a cage
torn by gorillas of flame, and it kept on
over the tramlines, past the church, on past
the last lit windows, and then out of the world
with its disciples.

Email ThisBlogThis!Share to TwitterShare to FacebookShare to Pinterest
Labels: Books, Brazen Blogwhoring and Attention Sluttery, Dead Blegsylvania, Fuck Me, Futility, Music, My Complicity, My Inability to Shut the Fuck Up, Vollmann